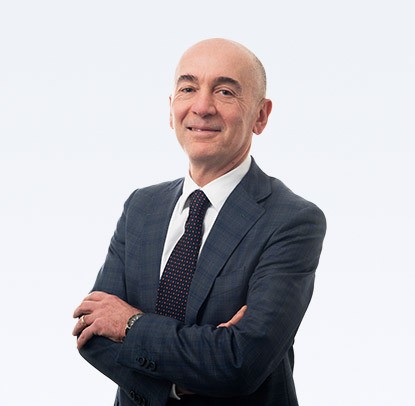 Nicola Lanzetta became the Enel Group’s Head of Country Italy in December 2021. Prior to that, from 2014 he served as Head of Market Italy and was a member of Team Innovation Italy and the International Market Team which was responsible for sharing best practices between all the countries where the Group is present.

He has also served as Chairman of the Board of various Enel Group companies, including: Enel Energia S.p.A., Enel Servizio Elettrico S.p.A., EnelSi S.p.A. and Enel Sole S.p.A.

Lanzetta, who was born in 1964, has a degree in Information Technology from the University of Pisa. He is married and has two children.

He began his professional career in 1992 at AT&T/NCR Italy S.p.A. as Manager of Large Client Sales.

From 1996 he continued his career in the telecommunications sector, working for large groups such as Telecom Italia S.p.A. and Infostrada S.p.A, where he served as Director of Trade Marketing and later Director of Retail Sales.

He joined the Enel Group in 2001, first working on company integration and then on training at Enel Gas S.p.A. and later on the launch of the Enel Energia commercial network during the first phase of retail market deregulation.

His arrival coincided with a period of significant transformation: between 2006 and 2007 he led the planning, implementation and management of all commercial operations, the definition and implementation of contracts with sales partners, the management of commissioning, commercial partnerships and sales of energy products and added value services through a network of direct agents, indirect agencies, call centers, stores and the web.

He also serves as Chairman of the Energia di Assolombarda Group and is a member of the board of Confimprese.

Furthermore, he is a keynote speaker at numerous conventions and conferences and a lecturer for various university and MBA courses.