Electric mobility has made giant strides forward in Italy. This progress is made clear by the third edition of “100 Italian E-Mobility Stories 2020”, the report by Enel X and the Symbola Foundation, in collaboration with Fiat Chrysler Automobiles (FCA), presented via live stream on 8 July. The event brought together the President of the Symbola Foundation Ermete Realacci, Enel’s CEO and General Manager Francesco Starace and Enel X’s CEO Francesco Venturini, FCA’s Chief Operating Officer EMEA Pietro Gorlier and Head of EMEA E-Mobility Roberto Di Stefano, as well as the Undersecretary of State at the Ministry of Economic Development Alessandra Todde. The event also included speeches by some of the protagonists of the stories described in the report.

The rise of e-mobility

Despite the uncertainties due to the Covid-19 emergency, the electric car sector has received confirmation of manufacturers’ investments, in addition to EU initiatives to support the development of the electric mobility industry (through Next Generation EU and the Green Deal) and also efforts from national governments such as Germany – where the supply chain is strongly integrated with Italy’s.

According to Bloomberg BNEF, in June 2020 there were more than 7 million passenger electric vehicles around the world (compared to 1.5 million in 2016); 2 million of these are in Europe, where, in the first quarter of 2020, the market for electric and hybrid cars did not contract, in contrast to what happened in conventional vehicles.

In addition to presenting numerical data, the report also describes many examples of Italian excellence: one hundred success stories from the Italian e-mobility industry, from design to car parts, and from sharing services to batteries to charging infrastructure. There are firms like Energica, presented by its CEO Livia Cevolini: it is Italy’s first manufacturer of high-end, 100% electric motorcycles, and the sole motorbike supplier at the FIM Enel MotoE World Cup, the electric motorcycle racing world championship. There is also renowned Italian bicycle manufacturer Atala, which today makes 60% of its revenues from the sale of e-bikes: CEO Massimo Panzeri has announced the company will launch a new ultra-light, pedal-assist model in 2021, made entirely of carbon fibre. This is just one of a number of established “Made in Italy” brands that have converted to sustainable mobility. Another is Pininfarina, represented by CEO Silvio Angori: its Battista is now Italy’s fastest and most powerful luxury e-car.

Component manufacturing represents the heart of the industry, with firms that design and make motors, stators, brakes, electronics or battery packs; FCA has recently invested in the latter field with the opening, as Gorlier pointed out, “of a Battery Hub in Mirafiori, where we will research, design and assemble batteries”. In Turin the Polytechnic is participating in the European Battery 2030+ project: as explained by professor Silvia Bodoardo, who is leading the project in Turin, “We aim to identify the sustainable batteries of the future to make Europe one of the leading players in the field”.

One hundred examples to start over

“The report,” explained Starace, “is an observatory dedicated to issues tied to innovation, sustainability and the circular economy. It collects the stories of companies, research centres and associations that give their own interpretation of these issues, striving to remain competitive and establish a presence in one of the most dynamic sectors in the European economy. It is not by chance that FCA has joined us to become part of this observatory”.

One of the main announcements this year was indeed the collaboration with FCA. In order to make electric vehicles more accessible for everyone, explained Gorlier, they must be part of an ecosystem “made of public and private charging infrastructure, proportionate energy costs, dedicated parking facilities, and simplified management of public land for the installation of charging stations”. A satisfying user experience is also crucial, underlined Venturini: “Customers must always be able to book a charging station, find it available, charge at the correct power, and make the vehicle available to the network to offer and receive services. Enel X is committed to building this infrastructure to enable all e-vehicle users to travel without problems”.

According to Todde, the future of e-mobility is in smart cities, “because there cannot be a transition if we don’t also change the structure of the urban fabric and the way in which electric mobility is used”. A concept stressed also by Starace, for whom the concentration of the global population in large metropolitan areas demands that we rethink lifestyles, a process which “necessarily entails a sustainable mobility, both public and private, that does not damage the environment”.

According to Realacci, the 100 stories “tell us that Italy is already actively involved in the mobility of the future and that the country has the energy to overcome the current crisis. We need to work together to build an economy and society that are more on a human scale, more aware about the climate crisis as well as fairer, more resilient and competitive”. In the recovery, sustainability and the challenges of climate change can lead us forward. “Because, the only thing that would be worse than this crisis is not taking advantage of it to create a better future”, concluded the President of the Symbola Foundation. 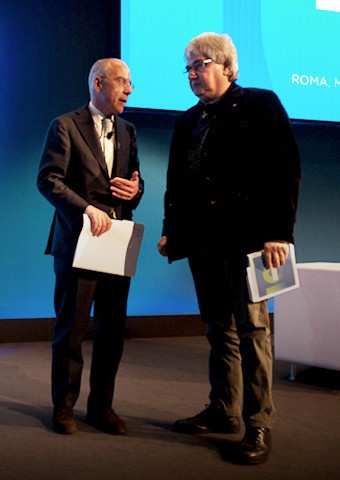 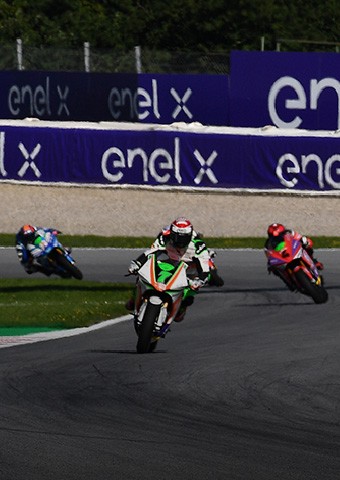 e-Mobility, a growth and sustainable development opportunity for Italy