Festival dell’Energia, an engine for ideas

No doubts or second thoughts. The Festival dell’Energia in Milan gave a united response and an unequivocal commitment following the recent news concerning environmental and sustainability policy: responsibility for the health of the planet and a careful eye on the new global balances.

Organized from the 7-10 June in the regional capital of Lombardy, the tenth edition of the Festival dedicated to energy issues confirmed its commitment to the goals of the United Nations’ 2030 Agenda and launched the slogan “Responsible Energy”, positioning the event directly in line with Astana Expo 2017 due to begin on 10 June. An official partner, the Kazak event will underline over the next three months that the “Future Energy” at the heart of the international debate in the Central Asian capital, can only be clean, renewable and sustainable energy.

Italy is ready for the great challenge of our times, successful not only concerning the targets for 2020 that have already been achieved for decarbonisation but also in the statistics of a market that is rewarding those who produce energy in a sustainable way. For this reason Enel took centre stage in all of the main speeches and discussions, thanks to its guiding role in driving the country towards renewable energy sources. The festival, which has previously held editions in Lecce, Florence, Perugia and Rome, involved more than 90 thousand professionals. Since 2015 it has found in Milan fertile terrain on which to cultivate important partnerships. Enel has supported the event as a “Gigawatt sponsor”, but there are numerous partners involved including the Milan Polytechnic, the prestigious Paris Institute of Political Studies Sciences Po and Greening Marketing Italy, a company specialized in institutional relations.

“The Festival dell’Energia underlined its role as an engine for ideas capable of attracting and involving political decision-makers, companies, institutions and the media. The language and style of the event were noticeably open because nowadays energy consumers are becoming active players in the market”

New opportunities for the economy

In light of the aims of the Festival, held in the Unicredit Pavilion in Piazza Gae Aulenti and the Bovisa campus of the polytechnic, electric energy was taken as the main indicator of current market tendencies. Thanks to the growing use of new technologies, renewable sources and high efficiency plants, the latest research by Elettricità Futura demonstrated that total CO2 emissions in Italy fell by 26% between 1990 and 2015. There were also noticeable reductions in the figures for Kw/h consumed, with a decrease of 45%. During the same period, production of energy from renewable sources tripled, reducing the energy dependence of our country by 9% and generating significant benefits for the national balance of trade. According to President of Elettricità Futura, Simone Mori, even better results are expected between now and 2050: the contribution of electricity to total energy consumption is set to double, reaching a level of 44%. It will thus be possible to achieve the European Union objectives of a 20% reduction in greenhouse gas emissions by 2020, while achieving reductions of least 60% by 2040.

Participants at the Milan Festival highlighted the necessity to encourage sustainable approaches in all fields of energy, shifting the balance of production from fossil fuels to natural gas. The increase in the efficiency of traditional plants, in particular combined cycle plants based on natural gas, enable a transfer of the benefits acquired in the electric sector towards all sectors of the economy and society. In the last 25 years the yield of conventional thermoelectric plants has increased by over 18% while for those powered by natural gas the improvement has been by 36%. As Massimo Bruno, Head of Enel’s Institutional Affairs Italy, has pointed out, the civilian consumers are still largely unaware of these benefits. Faced with the changes to the market, in fact, people’s initial reaction is to be conservative, especially if the changes have not been accompanied by support policies from governments and institutions.

“The energy market is evolving rapidly. The risk is that the town that was once against the construction of fossil fuel plants will today oppose their conversion to sustainable power, fearing job losses. The strategy of Enel’s Open Power is to clarify to everyone what the benefits are”

The push towards a greener future will depend, above all, on energy efficiency, a field in which Italy has demonstrated a level of performance far superior to that of many other industrialized countries. Final consumption of energy per unit of GDP is today around 10% lower than the European average, 20% less than the OECD average and 35% lower than the parameters for the United States. Ahead of the targets for 2050, the country is well on course to reduce CO2 emissions by over 200 million tonnes.

Within the same timeframe the current transport scenario is set to see a growing demand for a new concept of transport, which according to estimates by the International Energy Agency, will be 50% electric. Many factors are due to contribute towards this transformation. Today traditional vehicles are not environmentally competitive, producing on average 115g CO2 per km. Only marginally better are the vehicles powered by GPL (96g) and methane (84g), while the e-cars using a mixture of fuels should be able to improve on the current 47g CO2 per km, achieving just over 6g by 2050. The attainment of highly competitive performance levels, with primary energy consumption 40% lower than traditional cars, will be accompanied by another positive feature of electric vehicles: the growing capacity for energy storage in car batteries. The energy density of these has tripled in the last 5 years from 100 W/l in 2010 to 300 in 2015.

Francesco Venturini, Head of Global e-Solutions Enel, has confirmed that the sector of electric cars is currently the best placed to guarantee successful results: by 2030 there will be over 20 million such vehicles in circulation. Yet these vehicles will have functions far more differentiated than serving just as a means of transport.

The V2G technology developed by Enel in partnership with Nissan has transformed the vehicle into a mobile battery, revolutionizing consumer habits. The new e-car continues to consume electric energy, but thanks to the inversion of the charge it can also return energy to the system in order to provide greater stability to energy flows.

“Today we can simultaneously be producers, consumers and sellers, within this scenario the expertise of a utility like Enel is blended with skills from the world of finance, for example, or telecommunications in a process that generates new energy models”

The fourth industrial revolution is powered by electricity because it is essential to the process of digitalization, an unprecedented combination of the widespread availability of information, the possibility to participate actively in the dynamics of the market, but also the dependence on smart resources to deal with a complexity that is now beyond the realm of mere human control.

Opportunities never develop unless someone is willing to take risks. Mirko Gatto, CEO of IT security firm Yanix, has warned against the potential dangers of monopolies of the new digital technologies and invited the nations that do not yet possess “digital armies” to equip themselves with instruments for the defence of sensitive company data. Minister for Economic Development, Carlo Calenda acknowledged the marginal improvements made in Italian governance to avoid hindering the long term harmonizing effects of the recent National Energy Strategy, the document that plots a route towards Italy’s gradual independence from fossil fuels in favour of renewables.

Critical areas have been detected also by Massimo Sabbioneda, Director of Marketing & Development at Alpiq Italia, who, while highlighting the success of the development plans for e-mobility such as that of the Milan city council, decried the existence of a culture gap compared to pioneering countries in Europe: first of all the strong prejudice against the reliability of electric cars, plus many public administrations’ disinterest in innovation and the lack of an extensive infrastructure network. For the Milan Assessor for Mobility and the Environment Marco Granelli, the new forms of sharing and the circular economy are giving life to forms of management of energy and public resources with unpredictable effects, questioning the neoliberal model and its principle of indefinite growth that is in stark contrast to the sustainability goals of the 2030 Agenda.

The Festival dell’Energia, with its 150 speakers from a variety of professional backgrounds, has demonstrated how skilled leadership to coordinate the current transition towards renewable sources and circular models is still; leadership that is no longer vertical as it was in the past but based on transversal dialogue around shared objectives. Measurement of the processes has been recognised as an essential instrument for the evaluation of their real effectiveness, avoiding fuelling ideological conflict between coexisting economic models.

“The debate about the circular economy is very lively in the energy sector but it risks including too much: the sustainability goals have been achieved by Enel gradually creating a network of circular suppliers with which to collaborate in just the right combination of innovation and continuity”

With the conferences, round table discussions, the photographic exhibition “Il silenzio dell’energia pulita” (The silence of clean energy) and the “Good Energy Award”, in Milan energy has not only been explained, it has been mobilised. Amidst the professionals from the sector, the locations for debate and in-depth analysis were open to the public, who were provided space alongside the other participants to share their own ideas and proposals, in keeping with the philosophy of Open Power. 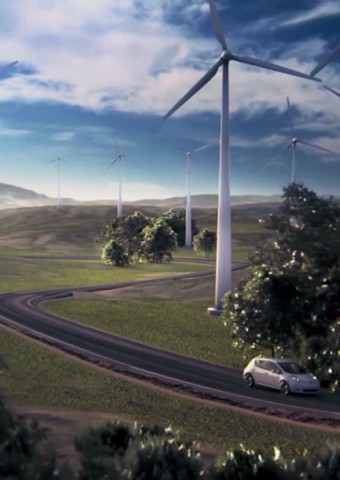 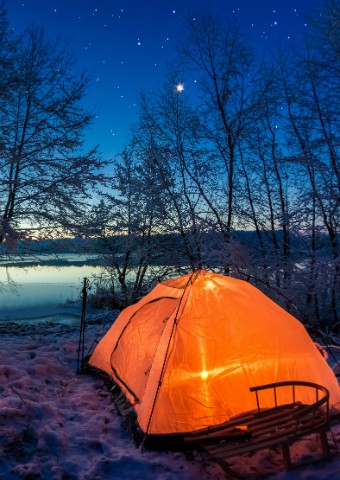