There is a great Neapolitan song by Libero Bovio (the author of “Silenzio cantatore”, “Tu ca nun chiagne”, “O Paese d’o sole”,  “Guapparia” and “Lacreme napulitane”) that is called “Passione” - Passion: the refrain goes “...te voglio, te penso, te chiammo” (...I want you, I think of you, I call for you). You may be wondering what the connection is between a historic song and a great cycling race. There is not just one reason: there are actually two. And one... is not just about cycling.

Let’s start from the characteristics of the stage: it is very challenging, a bridge between the tricky terrain that leads out of the Camonica Valley in Lombardy and the toughness of the Tonale Pass heading into Trentino at an altitude of almost 1,900 metres. It is a place of memorable achievements both uphill and downhill, and very often a stepping-stone to the final victory; Felice Gimondi’s previously mentioned success is just one such example.

But after the trials of the Tonale Pass, the best is yet to come. And here can be found the “passion,” understood not only in the biblical sense of suffering, but also in its ethical sense, because only a great passion for this sport (understood as a spirit of sacrifice and desire for success) could be the cornerstone of a feat that many anticipate and that could consolidate the rankings just four days before the end of the race.

The finish line is at 1,662 metres in Folgarida, for some time now part of the municipality of Dimaro Folgarida, and just a dozen kilometres from the village of Dimaro. And this is the second example of “passion” that we introduced with a Neapolitan song. For seven years now, Dimaro Folgarida has been where the Napoli Football Club has held its pre-season training camps that have helped build the foundations for the club’s high-flying performances in recent seasons. For three weeks, in July, the village turns into a cheerful (and also very orderly) “Piedigrotta” of the North, with the village decorated in the team’s colours and with tens of thousands of loyal fans with their families who follow their sports heroes from the very beginning of the season.

Though rightly focused on the challenges of this decisive stretch, the cyclists may be tempted to raise an eyebrow as they race past murals portraying the most famous Neapolitan footballers of recent history, from Maradona onwards, as the numerous fans wait for the latest news from the transfer market.

Speaking of great champions, even today, 12 June, there is a date to celebrate: the fortieth anniversary of Eddy Merckx’s victory in the Giro d’Italia in which he beat both Vittorio Adorni (who would soon become World Champion) and Felice Gimondi. And you can guess where that year’s Giro culminated? In Naples, of course! 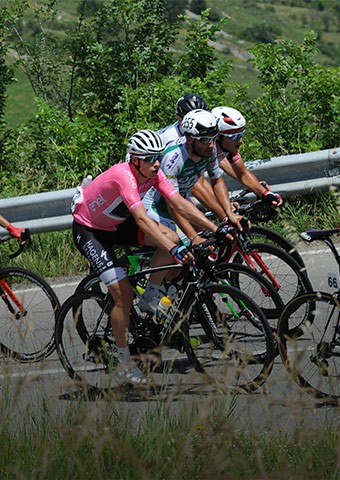 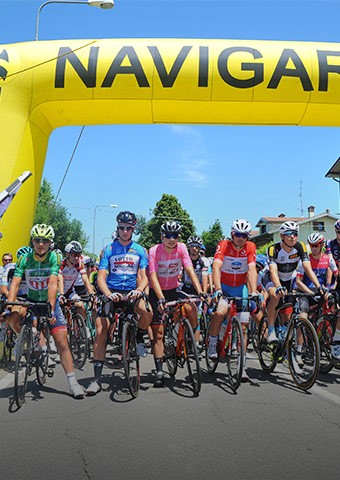