A benefit of the Giro Under 23 Enel is that it shines a spotlight on the areas that it traverses, showcasing the sectors in which they excel, from business to tourism, from sport, obviously, to food and wine.

These elements are all brought together in the careful selection of a route that, while its main aim is to test the top competitors, also casts a warmly knowing and appreciative glance at everything that it comes across on the way.

Having left Romagna, the second stage is all Emilia, or rather all Modena. The departure point is medieval Nonantola where legend and history combine in support of its claim to be the birthplace of the first form of co-operative enterprise, and where contemporary cycling found a true seedbed sponsored by the famous wine producers Giacobazzi that nurtured dozens of young cycling champions, including the great Marco Pantani. Furthermore, when the brand that knows what it takes to make a good Lambrusco did venture beyond the world of two wheels, it was to sponsor a then little-known Canadian racing driver named Gilles Villeneuve, driving for one of the world’s most iconic sports and racing car manufacturers, whose nearby headquarters will watch the stage go past.

Before reaching Maranello, birthplace of Ferrari, the route passes another historical landmark, in this case concerning the history of cycling. Castelfranco Emilia, the town that lays claim to having created “tortellini”, was the birthplace in 1891 of the only woman to participate in the men’s Giro d’Italia, taking advantage of the fact that there was nothing to stop her from doing so. That year the event had been opened to the so-called “independent” racers after the big teams refused to race, due to a dispute with the organisation. Her name was Alfonsina Strada and the race took place in 1924. She came last, and, despite reaching the finish line after the time limit, was allowed to complete the Giro and was greeted with enthusiastic applause in Milan.

The last part of the stage is a climb that is anything but indulgent, passing from the plateau up to the finish line in one of Emilia’s most popular winter resorts, Sestola. The town brings to mind two names in particular: Giulio Ciccone, the great champion from Abruzzo who won an extraordinary victory here on his debut amongst the professionals in 2016 and who played a key role in the last Giro, and Alberto Tomba (a former World Cup alpine ski racer), who learnt how to ski here. The power of a territory that has everything! 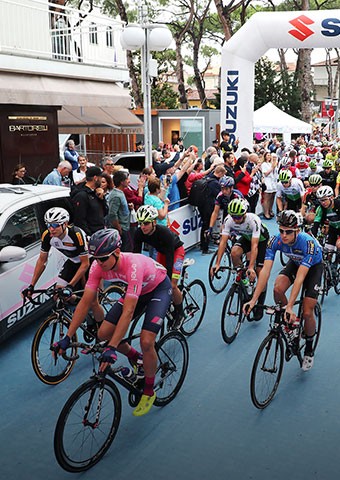 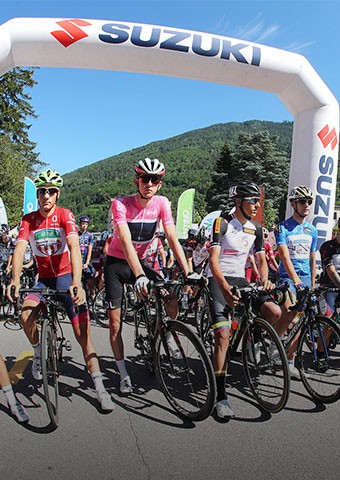