Geothermal energy was first harnessed 200 years ago, and it continues to surprise us, in areas that range from the Earth’s natural heat to robotics. It offers us a fascinating journey that embraces innovative technologies, digitalisation, energy transition and sustainable development.

During the second International Robotics Festival, which took place in Pisa from 27 September to 3 October, Enel Green Power hosted “The Green Economy – Prospects and Impacts” conference at the Auditorium Ruggero Bertaniat the Enel Innovation Hub&Labin the city.

The event provided a welcome opportunity to take stock of the green economy, renewables and geothermics, as well as the role of innovation and IT and digital technologies as drivers of both sustainability and a human-sized and environmentally friendly economy.

Geothermics: 200 years of renewables and innovation

Italy’s first geothermal industrial district - spanning Volterra, Cecina and Pisa - was founded on 8 May 1818. At the centre of its activities was the production of boron for the pharmaceutical and ceramics sectors. The founder’s name was Francesco de Larderel and within a few short yearshe became the Grand Duchy of Tuscany’s leading entrepreneur. Today this geothermal industrial district is known as “Larderello.”

Larderel’s success was due in great part to the introduction of a technology that today would be considered a shining example of green and circular economy thinking. He covered the area’s boric acid “lakes” with brick domes and began using the Earth’s natural heat to extract boron. This cut costs and almost completely eliminated the need for firewood that had initially been used to power the extraction furnaces. It also prevented deforestation.

This virtuous process took another quantum leap forward in 1904 when Prince Ginori Conti realised that the renewable geothermal source could be used to generate electricity. Enel is now the world leader in this type of technology through Enel Green Power. Furthermore, it continues to develop it with innovative plants such as Stillwater in the US, the world’s first combined geothermal and photovoltaic power station, and Cerro Pabellon in Chile.

The link between geothermal energy, innovation and the green economy was discussed during the conference at our Hub&Lab in Pisa which was chaired by Franco Donatini of the University of Pisa’s School of Engineering. The event featured experts from both the academic and business world, including Ermete Realacci, President of the Fondazione Symbola, Federico Testa, Head of ENEA, Marco Frey of the Scuola Superiore Sant’Anna special institute – Pisa, as well as Massimo Montemaggi, Head of geothermics at EGP, and Enel’s Chief Innovability® Officer Ernesto Ciorra. It provided an overview of how technological evolution and digitalisation, combined with the introduction of IT applications and the Internet of Things, are boosting the development of renewable energies and opening up new Green Economy scenarios, thanks in part to smart grids and storage systems.

This was also the scenario described by Ernesto Ciorra in his address during which he reminded his audience of how these technologies are allowing us to rethink urban environments to produce smart cities. They are “smart” because they use energy more efficiently and make life for their inhabitants not only easier but also more sustainable. Enel’s Chief Innovability® Officer added that our company has developed an open approach, producing a genuine innovation network with the Pisa hub as one of its centres of excellence.

“The most important resource we have at Enel is people. They are the lynchpin for the design of smart cities which themselves are the result of the needs of the people who live in cities. People are what make the difference”

The Pisa event also provided EGP with the opportunity to officially name the auditorium at the Via Andrea Pisano facility in honour of Ruggero Bertani, who worked on geothermics at our Pisa facility before he passed away in June. He was one of the leading international experts in his field and he was elected President of the European Geothermal Energy Council (EGEC) in 2016.

Enel’s geothermal energy is at the cutting edge of the renewables sector. It is a sustainable and versatile source of energy and can also be integrated with other green technologies, thanks in part to batteries and other energy storage systems, as Gianluca Gigliucci, Enel Green Power’s Head of Energy Storage Innovation,explained.

“A 100% renewable world is coming, thanks to Flexible Capacity, a group of technologies and resources that will allow us to shift the energy paradigm and which are underpinned by energy storage technologies and Peaker Plants ”

Enel, continued Gigliucci, is in the front line in the lithium ion battery business with a strategic approach which puts the present under the microscope while taking a very long-term view of the future, not least in terms of the circular economy. This two-pronged approach is designed to guarantee the entire supply chain, from original materials to reuse and correct disposal.

During the International Robotics Festival, EGP chose a historic building in Pisa, the Arsenali Repubblicani, for the presentation of some of the innovative applications it has developed in partnership with Italian companies and startups. These include a portable drilling simulator, Drilling Rig 360, developed by Drillmec, the EGOpro Safe MOVE system which cuts the risk of accidents between moving vehicles and pedestrians in shared work zones, and Flyability Elios, a drone surrounded by an impact-resistant rotating carbon-fibre sphere thatenables it to work in otherwise-inaccessible confined spaces.

“Innovation is fundamental because renewables are continually evolving and if we are to stay on the market we need to constantly innovate and achieve the cost, efficiency and sustainability levels demanded by the market”

Enel’s renewables division, explained Enel Green Power’s Head of Innovability®  Giovanni Tula, is operating in several different sectors. These include digital technologies, an area in which we are testing artificial intelligence tools to optimise the activities of our power stations, and virtual reality to make our employees safer. At the same time, we are working on systems to boost the efficiency of solar panels and wind turbines in collaboration with industrial partners, SMEs, startups and universities. “We are open – Tula concluded – to any kind of technology or process that could make our business more competitive.”

At the end of the Festival, EGP laid on a guided tour of our Larderello geothermal district: a “journey to the centre of the Earth.” It was also a journey through history, as depicted in the Geothermics Museum, and it explained the evolution of technologies and skills in the geothermal sector which now allow us to sustainably produce 30% of Tuscany’s electric energy requirements and create leading-edge geothermal plants all over the world. 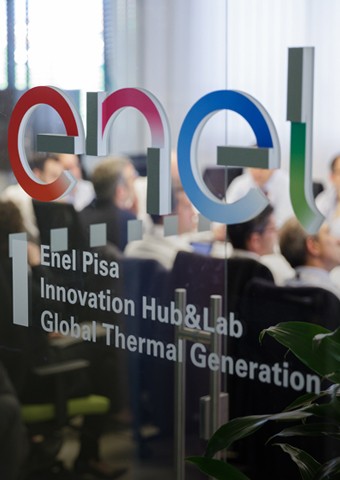 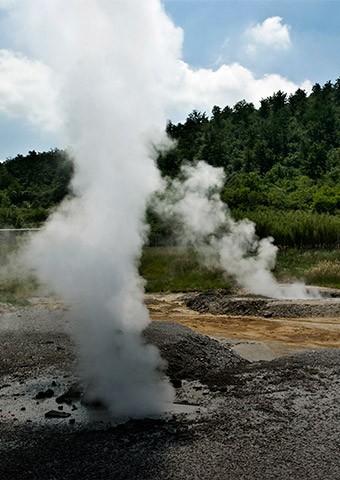 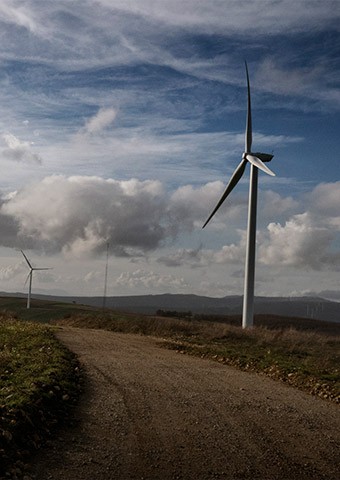