Man often seems to see no other meaning in his natural environment than what serves for immediate use and consumption. Yet it was the Creator’s will that man should communicate with nature as an intelligent and noble "master" and "guardian", and not as a heedless “exploiter” and “destroyer”. John Paul II – Redemptor Hominis.

We now have the technology to destroy the planet on which we live, but have not yet developed the ability to escape it. Perhaps in a few hundred years, we will have established human colonies amid the stars, but right now we only have one planet, and we need to work together to protect it. Stephen Hawking – The Guardian

This week, while the death tole of California fast-moving brush fires rises and Italy and France are still recovering from flooding after torrential rainfall, Institutions and stakeholders from this side of the pond will gather in Rome for the European Forum on Disaster Risk Reduction exploring ways to accelerate the implementation of the Sendai Framework. The 2015 UN lead voluntary agreement indicates that States have the primary role to reduce disaster risk, and more important considers that success in managing the humanitarian and economic challenges pose by natural disasters can only be reached if the public and private sectors share responsibility. With this highlighting the essential truth in face of climate changes: aut simuls stabunt aut simul cadent! Systems will either stand together of fall together.

Indeed through the last decade - whether we have been in the footsteps of a nearly melted glacier or operating infrastructures – by looking at weather conditions we have come to progressively realize that humanity has entered the “Anthropocene,” a new geological era in which, according to scientists, human footprint on the planet has been perceived significantly. Without entering the debate on the attribution of responsibility to human influence only in order to avoid been trapped in what is for someone - luckily few but kind of sizeable - an ideological argument, only by reviewing objective meteorological and insurance data we can conclude that something has changed out there. Indeed Humanity has crossed some of the planetary boundaries Professor Rockström remind us of and is about to cross more if we don’t collectively pursue fundamental societal and systems transitions and transformations as pointed out in the last IPCC report.

Indeed awareness is building up as extreme weather conditions in recent time have focused attention on the human and economic costs of weather-related disasters.

In fact, by examining last year data recorded by the US National Centers for Environmental Information, we can observe that 2017 was the warmest non-El Niño year since 1880, characterized by larger footprint of severe and extreme heat events, droughts, forest fires, floods and, last but not least, hurricane. Without mentioning the unbearable human toll, just looking at economic losses, according to Munich RE, 2017 was the costliest year ever in terms of global weather disasters with 330-bn USD bill.

Extending the annual observation horizon to a multi-year frame, records are showing definitive growth paths. The dynamic of relevant loss events with reference to climatological, meteorological and hydrological events shows a threefold growth since 1980.

Moreover, if we observe the convergence between the different degrees of anthropization – referring to the rapid growth of megacities and more in particular to megacity resource and flows as a percentage of World values - and the geo-localization of natural loss events, it becomes clear how the risk at stake is growing substantially.

Analysing all those data and the many more the scientific community is monitoring - from CO2 emissions to the shrinkage of glaciers from the Andes to the Alps - it is clear a new normal condition, in which humanity around the World is called to operate, is here to stay and it is definitely characterized by increased hazard exposure and vulnerability.

A new normal that is making its way out of the scientific realm and supranational organization into government cabinets and boardrooms globally, starting to be factored in strategic planning and daily operations. A new operating environment that call upon each one of us for a holistic approach to resilience - defined as the capacity of a system to tolerate disturbances while retaining its structure and function – fully assumed with social responsibility by the business. A community where leading companies wanting to change the World are fully aware of their role of responsible stewards of planet Earth to strive towards a sustainable future based on a circular economy.

Such a vision of a new normal requires awareness and preparation, conscious that companies could not isolate their operations from its interdependencies with society but instead business resilience requires embracing those dependencies.

Shaping a resilient future for business, such as the one involved in UN Private Sector Alliance for Disaster Resilient Societies ARISE, means align interests and inform debate and actions plans. More specifically facilitate the exchange of experience and knowledge on tangible disaster risk reduction projects – e.g. moving from Run-to-Failure Management to Preventive Maintenance exploiting the full benefit of digitalisation - as well promote within and outside their extended network the adoption of innovative strategies, investment metrics/benchmarking and standards, legal and regulatory frameworks incorporating the new normal vision. Conscious that the new normal fundamental changes imply not only appropriate responses but also adequate systemic preparation and prevention. 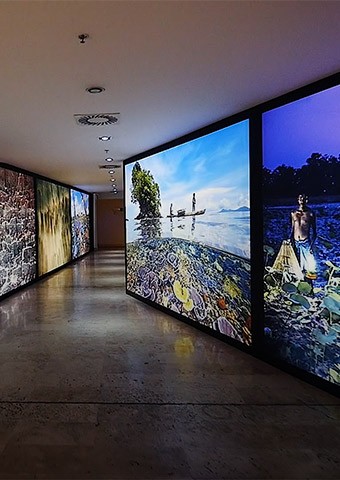 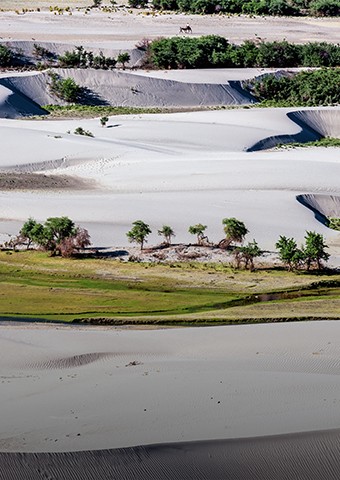