Urban regeneration and industrial archaeology come together in Bari. The aim: to breathe new life into the area of the decommissioned Enel Produzione power plant, keeping several structures architecturally intact while completely rethinking their use and transforming the plant into an attractive hub that, by reviving the site, unites historical memory and conservation.

At this decommissioned plant, the history of energy is entwined with the history of Italy: the first turbine was created with financial assistance from the Marshall Plan and led to the ignition of the first of three generators (the production units of the plant) on 9 July 1958. The second followed shortly after on 31 January 1959 and the third on 25 November 1959. Three important dates for Bari and Apulia with this being the first thermoelectric power plant in the region, established to support the economic development of the territory.  Leafing through its history, amidst documents that authorised its development and the plans, designs, photographs and films from that era, a telegram from the then President of the Republic, Giovanni Gronchi, praises the “imposing complex that honours Italian technical expertise and endeavour,” sent after a visit to the plant. Highlighting the strong link between the site and the history of the region is the commemorative postmark commissioned to celebrate 50 years of its activity.

“The history of industrial development in Apulia began with the Bari power plant, the first of a significant size to be built in the region,” explains Domenico Laforgia, Director of the Department of Economic Development, Innovation, Education, Training and Employment at the Regional administration. “This is another reason why it is important that there is a continuity to the future development of the site, when evaluating new opportunities to take full advantage of its potential and integrate it into the urban fabric.”

Domenico Laforgia is a member of the Examining Commission that was set up in recent months to evaluate the repurposing proposals for the site. Change is necessary because, after more than half a century of service to the territory, the “energy factory” is now preparing to “change profession:” the power plant, decommissioned in 2013, has been included by Enel Produzione in the Futur-e project which aims to revive decommissioned industrial sites through solutions developed in concert with local stakeholders. A Call for Projects was launched in 2017. In 2018, the proposals received were presented to the Examining Commission. The consultations also included representatives from the Bari municipal Council, the Politecnico di Bari, Enel and the Politecnico di Milano, a technical partner for the Futur-e project.

“We have examined proposals for the urban transformation and social regeneration of an area on the outskirts of the city, located near residential buildings that need multifunctional spaces to increase the services and open-air spaces for the residents and to attract people of different ages and interests,” explains Anna Vella, Technical Director of the Council’s Planning Department. “The thermoelectric plant is a significant example of industrial archaeology that can be recuperated, re-evaluated and returned to the city, promoting sustainable development, adding to the architectural quality of the urban fabric, and hopefully also hosting valuable cultural initiatives.”

The proposals were evaluated in terms of social, environmental and financial sustainability criteria, quality and innovation, and the application of the principles of circular economy. The Examining Commission identified two projects that meet these requirements and these have progressed to the final phase.

“One of the most important aspects in this specific situation was to consider the impact of the proposals on this well-defined urban setting,” explains Professor Giuseppe Marano, Full Professor in Construction Techniques at the Politecnico di Torino, previously Associate Professor of Construction Techniques at the Politecnico di Bari. “The decommissioned plant is actually intertwined into the context of Bari’s Stanic neighbourhood and an integral part of it. Any conceivable proposal had to be assessed with this aspect in mind. The proposals could not be standalone projects, but ideas that fit in with the neighbourhood context and improve its liveability and efficiency.”

Local businesses have put forward proposals for building the future of the decommissioned plant in Bari. Both projects foresee the redevelopment of the site for various activities: a city park that integrates buildings with spaces for residents to meet, play, spend time and enjoy culture; a science park that integrates training activities with research, innovation and social housing. Next, Enel Produzione will meet the candidates to identify which project could become reality and take its place in the decommissioned plant.

“The Enel plant in Bari is located in an area that is very interesting from an urban planning perspective: immediately beyond the railway line between the Città Vecchia (Old City) and the large industrial area to the South-West,” explains Professor Alessandro Balducci, Full Professor of Planning and Urban Policies at the Department of Architecture and Urban Studies at the Politecnico di Milano. “Its redevelopment will be, in some way, a precursor for a process of modernisation of the city, based on the repurposing of industrial sites both in terms of replacing their function and of reconfiguring their production activities from a technological and environmental perspective. So, in some way, this conversion will pave the way for a regeneration process that is destined to extend into a much vaster area, starting with a reinterpretation of the buildings of the plant which conserve the historical memory of a glorious past.”

This is a redevelopment and revival operation with symbolic, historical and social significance, one that will allow the power plant, a driver of development for over half a century, to connect the past and the future, the urban centre and suburbs, an attraction in itself and a generator of new opportunities. 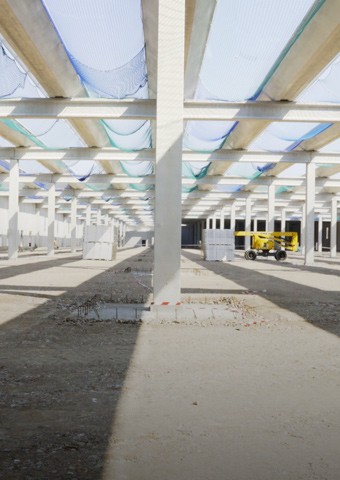