Innovation and sustainability are two sides of the same coin – it is not possible to innovate without being sustainable. This is a core element in Enel’s corporate philosophy, which is why our Group is developing and promoting initiatives that aim to encourage the responsible use of resources, harmonising ecological, economic and environmental concerns by implementing a circular economy approach.

One of the challenges that the Global Thermal Generation division is tackling involves end-of-life management of energy storage systems, especially lithium batteries, which in recent years have played a fundamental role in the energy transition and will continue to do so in the near future.

In China alone, one of the largest active e-vehicle markets, it is estimated that around 110,000 tonnes of batteries will be disposed of in 2019 (source: China Automotive Technology and Research Center).

At the moment recycling technology enables 95% of the material used to make lithium battery cathodes to be recovered. No matter what the batteries’ state of degradation, the precious metals used in their manufacture can be reused to make new cathode material, as their quality remains practically unaltered during their use (around five years on average).

Enel is aware that at the moment the end-of-life management sector is not yet mature enough to support the large-scale adoption of such practices. Nevertheless, the growing use of e-vehicles that we are now seeing is acting as a powerful catalyst in the development of a sustainable recycling market.

Startups, universities and important players in the sector are all involved in analysing and evaluating lithium battery recycling and the related financial and environmental returns. Within this context Enel has launched several collaborations with partners in the recycling sector and in the manufacture of materials for batteries, with the aim of assessing the advantages to be gained from different approaches, from a standard production, sale and collection process for lithium batteries to the closed loop approach involving eco-design and the recovery and reuse of battery parts at end of life with the objective of promoting the circular economy and sustainability.

Enel is adopting an integrated approach towards end of life for batteries, investigating various business models and analysing all of the environmental aspects, from the impact on communities and associated returns on investment, in order to develop, in collaboration with partners operating in the sector, the best sustainable solution to propose and adopt.

Of course, this process must also be accompanied by the involvement of lithium battery suppliers, and to achieve this Global Thermal Generation has launched an initiative to evaluate the sustainability of its suppliers by assessing the impact of their technical solutions and related business models on the achievement of the UN’s Sustainable Development Goals (SDGs), which are a key commitment for Enel.

Evaluation of batteries’ end of life does not only mean recycling materials to make new batteries for different uses. In fact, Enel has launched Second life, a pioneering project that was selected as a “member initiative” by the World Economic Forum (WEF) at the annual meeting held between 22 and 25 January at its Davos headquarters in Switzerland.

In the context of the Green eMotion project and the Renaissance project, which involves a storage system linked to a fast recharge facility, Endesa has also launched a series of initiatives that reuse car battery packs at the end of their life to create fixed energy storage facilities.

To be specific, The Second Life project developed by Global Thermal Generation involves reusing e-car batteries to create a stationary storage facility at the Spanish location of Melilla.

The project, developed in collaboration with Nissan, uses advanced technology, but the basic idea is simple – once they have reached the end of their life in an e-vehicle, the e-car batteries in Nissan Leaf models are recycled and assembled into a large stationary electricity storage facility integrated with the conventional power plant in Melilla to improve grid reliability in order to ensure service continuity for the local population.

Melilla is a Spanish city of almost 90,000 people, situated on the coast of North Africa. The enclave has a local electricity grid supplied by a thermal power station that, in contrast to the national distribution system, functions independently as if it were an island. And just like on a real island, the installation of a storage system significantly boosts electricity supply security. Enel responded to this same requirement on the island of Ventotene (Italy) with the installation of a 300 KW storage facility integrated with the local power plant.

The solution developed by Enel Global Thermal Generation in Melilla involves re-using and inter-connecting over ninety e-vehicle batteries for a total power output of 4 MW and a maximum stored energy of 1.7 MWh.

The cutting-edge Melilla Storage unit can serve as a model of technical feasibility for other installations of this kind, especially if we consider the sharp rise in the number of e-vehicles on the road expected over the next few years, with a consequent increase in the number of batteries available for recycling. 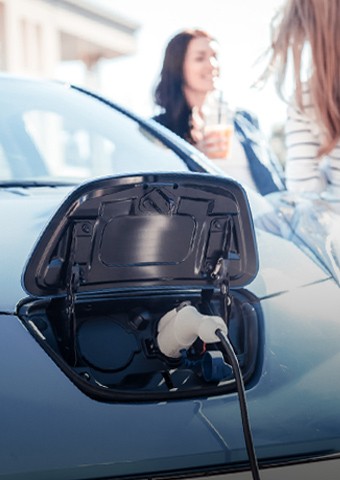 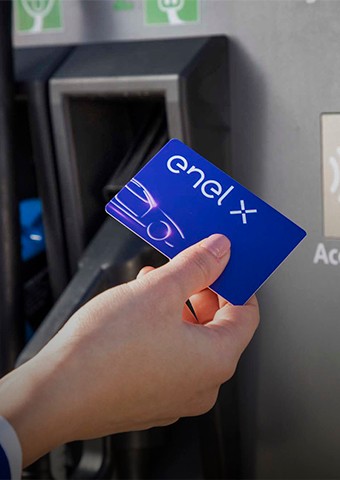