Volunteering with Enel: side-by-side with the community

According to Valentina, you can’t have a clean city without getting your hands dirty. Alessandro wants to combine his company spirit with his commitment to environmentalism. Evana is an enthusiast and also remembers the importance caring gestures towards others in the workplace.

Valentina, Alessandro and Evana have something in common – they are among the 700 staff from our Group who will take part in Enel’s volunteer programme for 2019. How? They will all be contributing by dedicating a work day to one of the projects we are launching in collaboration with four of Italy’s largest non-profit organisations: Legambiente, Marevivo, Moige and Quartieri Tranquilli.

In fact, 10 times that number of people applied in the first week through the dedicated online platform, with the figure of 7,000 applicants showing how successful the programme is and reflecting the enthusiasm with which the new initiative has been received within the company. So successful has it proved to be that when presenting the initiative, Carlo Tamburi, Enel's Head of Country, Italy, said that from next year it will be extended to other organisations and its scope widened to include a call for further proposals.

“This programme is an opportunity to take concrete action in support of the communities in which we live and work, making good will and professional experience available for the greater good. Volunteering is a source of motivation and an exciting growth opportunity for many of my colleagues at Enel”

Involvement in projects for local development and social cohesion can thus become an instrument for creating shared value, in line with the UN’s Sustainable Development Goals (SDGs), which Enel has been firmly committed to for some time.

Clean up the World

Enel’s volunteer programme opened on 1 April in Rome, when over 100 Enel staff took part in Legambiente’s  “Puliamo il Mondo” (Clean up the World) campaign at the Villa Borghese and in the Parco degli Acquedotti. The programme involves 10 projects of cleaning and regeneration in nine Italian cities (Rome, Turin, Bologna, Venice, Cagliari, Florence, Palermo, Naples and Milan). In the words of Edoardo Zanchini, national vice-president of Legambiente, “Companies are becoming increasingly aware of certain issues and their own capacity to play a role: Enel’s programme sends a message of optimism and confirms the Group’s commitment to total sustainability.”

Plenty of gloves and sacks for sorting rubbish were made available at the event on the Terrazza del Pincio at the Villa Borghese in Rome. Also taking part were Carlo Tamburi, Enel’s Head of Country, Italy, and Roberto Deambrogio, our Group’s Director of Communications. The occasion served as yet another way of highlighting the importance of taking a personal interest in promoting environmental and social sustainability in our cities. The results were impressive: by lunchtime our team of volunteers had collected around 360 kilos of undifferentiated rubbish, over 35 kilos of plastic, 104 kilos of glass and over 3 kilos of cardboard, a total of over 500 kilos of waste. In addition to this, over 273 kilos of waste were collected and sorted by the Enel volunteers in Rome’s Parco degli Acquedotti.

Also in April, the volunteering will continue with initiatives in collaboration with Moige (Movimento Italiano Genitori – Italian Parents’ Movement) in the context of the “Giovani Ambasciatori contro il cyberbullismo” (“Young Ambassadors Against Cyber-bullying”) project involving 100 Italian schools and 500 students. There will be 40 suitably trained volunteers from Enel who will participate in the encounters held in secondary schools in a variety of locations in Italy. The aim is to help the experts and psychologists of Moige in the information campaign on the correct use of digital devices for a safe Internet and the prevention of cyber-bullying. According to Elisabetta Scala, Moige’s national vice-president, “families, institutions, schools and companies must create a network to prevent and combat bullying and cyber-bullying incidents with practical, effective measures. We’re grateful to the great Enel Italy family for sharing and supporting our activities teaching young people about the dangers of the web.”

Before Easter it will then be the turn of “Illuminiamo le Tavole” (Lighting up the Tables), promoted by the Quartieri Tranquilli (Peaceful Districts) association. The project, launched in 2015, has already provided support to more than 200 families affected by financial problems in Milan’s most deprived areas, distributing over 16 tonnes of food. Enel offers logistical support for storing products donated by large companies in the sector and the participation of volunteers to make up food parcels, delivering them with the company’s e-vehicles. “In these three years,” says Lina Sotis, president of Quartieri Tranquilli, “we’ve developed a significant alliance that could also be tried out in other cities. We’ve created a network involving Enel, the Milan city council, the commitment of the volunteers and the generosity of our donors. Bringing together resources and goodwill to accompany and assist changes in our communities is what our organisation exists for.” Ms Sotis goes on to say, “we’re lighting up Milan with this project, and Enel is leading the way.”

Finally, before summer the “Occhio ai Rifiuti” (Watch out for Waste) project will be launched, together with the Marevivo organisation. Enel volunteers will be involved in activity days dedicated to cleaning beaches and river banks, and will attend lessons on environmental issues, specially dedicated to protecting marine environments from plastics and micro-plastics. “During the cleaning operations,” explains Rosalba Giugni, the organisation’s president, “Marevivo operators will talk to the volunteers about the problems threatening our seas and the measures we can all take to protect them. Companies must first make a practical commitment to reducing their ecological footprints and the damage caused to our ecosystems, placing an emphasis on sustainable innovation. According to Ms Giugni, "one reason our country is so beautiful is that many people are working hard to make it so. It’s a positive tide that’s rising everywhere, as we can see from Greta Thunberg’s initiative, Fridays for Future."

Cleaning parks and beaches, help for families in difficulty, the fight against cyber-bullying – Enel volunteers are already involved in a wide range of projects. In the light of this year’s success the programme is set to be extended even further. “We’ve received a lot of enquiries from the grass roots and the regions. I’d like to thank everyone who has believed in this initiative, which strengthens our team spirit and is another investment in human capital,” explains Carlo Tamburi. “Many of these Enel staff members didn’t know each other before, but now they share the pride and pleasure of being part of this family. Doing good makes you feel good.” 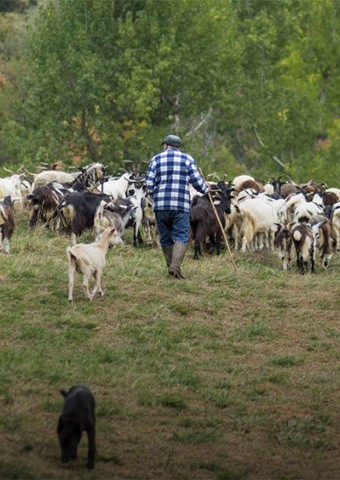 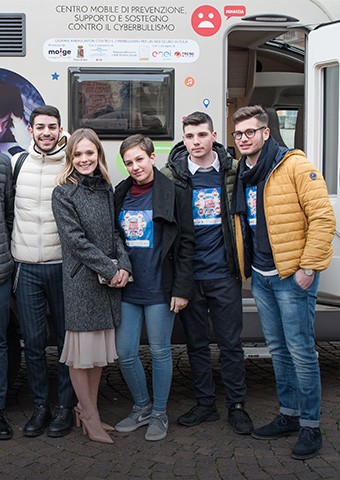