Nowadays 55% of the world’s population live in urban areas and it is forecast that by the year 2050, out of a global population of 9.8 billion people, 68% will be concentrated in cities. As a result, creating a sustainable development model for big cities will become a crucial requirement for the entire planet. For this reason the UN has included “Sustainable Cities and Communities” (this is number 11) in its list of 17 Sustainable Development Goals (SDGs) and our Group, which is part of the UN’s Global Compact, includes it among the six priorities it is committed to promoting.

The subject is the central theme at the convention entitled “Innovazione e mobilità dei cittadini per lo sviluppo urbano sostenibile” (Innovation and mobility of citizens for sustainable urban development), held on the Capitoline Hill (the Municipality of Rome’s headquarters) on 30 May as part of the ASviS Festival for sustainable development. The event was an opportunity for local administrators, associations, investors, startups and large companies to share points of view and experiences in the context of smart cities. Here another Sustainable Development Goal (SDG 9: “Industry, Innovation and Infrastructure”), which is also of our Group’s objectives, plays a vital role.

The transition to electricity

“Modern, sustainable mobility must involve a transition to electricity,” said Carlo Tamburi, Enel Head of Country Italy. “Movement powered by electricity means zero emissions of CO2 and other exhaust gases at a local level, as well as extremely low sound levels.” Tamburi went on to say that the development of e-mobility must be an integral part of the energy decarbonisation process undertaken by the European nations with the aim of making our continent’s electricity generation carbon-free by 2050. “It would be absurd to eliminate carbon in the energy production stage and then use it, for example, for moving around. E-cars make it possible to close the circle in a virtuous way.”

The hope that Europe should play a key role is shared by Enrico Giovannini, spokesperson for ASviS. “We hope that the EU will get off to a flying start in transforming our continent into an even more enthusiastic champion for mobility,” he said in a video link from the northeastern city of Udine, where he was taking part in the signing of the Manifesto for Sustainability by the chancellors of 68 of Italy’s 80 universities. Giovannini went on to say that in the transition to a circular economy based on sharing and reuse, “digital technology is not only a facilitator, it is also a determining factor.”

Mobility is no exception. Edoardo Zanchini, vice-president of the Italian environmental organisation Legambiente, pointed out that digitalisation and electrification form the basis for the revolution currently taking place. In more and more Italian cities, sharing has “now made it possible to carry out one stretch of the work commute in an e-car, another using public transport and cover the final few kilometres on a bike or electric scooter, generating incomparable advantages in terms of savings in time and money. A growing number of people are willing to give up their private car because now there’s an alternative.” This philosophy lies at the core of Enel’s strategy and is also gaining ground with other large companies. Examples include FS Italiane (Italian Railways), which, according to its head of sustainability Lorenzo Radice, is putting itself forward “not only in terms of its trains but also as an alternative to private cars powered by fossil fuels, which must be superseded.” The company is therefore promoting all types of integrated mobility and is emphasising sharing.

A crucial role in the transition is reserved for the e-vehicle market, which is thriving throughout the world. Last year, Tamburi said, over two million EVs were sold, bringing the total number to five million. Analysts predict that by 2040 57% of car sales and over 30% of cars on the road will be electric. Large volumes of sales are expected especially in the US and Chinese markets, while the trend in Europe is being driven by the UK, Germany and France. As early as 2018 over 200,000 solely electric vehicles or hybrid plug-in models were on the roads in these countries. According to Tamburi, “The numbers aren’t as large in our country, but things are moving quickly. In late 2018 the total of vehicles on the road comprised just under 30,000 electric or plug-in vehicles, but the numbers are growing. Helped by eco-incentives, the number of e-vehicles sold in the early part of this year has doubled compared to the same period last year, exceeding 2,300 units.”

Until recently four factors were slowing e-mobility penetration in Italy – the absence of a comprehensive charging station network, duration of battery charge, vehicle cost and the models available on the market. “We at Enel,” said Tamburi, “set ourselves the task of eliminating the first, and perhaps most important, factor – in 2017, together with Enel X we launched a national plan involving a financial commitment of up to 300 million euro to instal 14,ooo charging stations across Italy by 2020, and 28,000 by 2022. The plan’s unfolding very well, and so far around 6,000 charging stations have been installed.”

Other obstacles are also becoming less of a problem. “The number of electric models available is seeing constant growth, cost parity between internal combustion engine vehicles and e-vehicles is expected to occur in 2024 and all the large operators are bringing out models with a range of between 300 and 400 kilometres. People are no longer only talking about urban mobility, but also about interurban and national mobility. With the involvement of metropolitan authorities and far-sighted mayors we have also begun to work on buses, so that new tenders include electric vehicles. A process that is going in the right direction has now begun.”

According to the Head of Enel Italy, the change hinges around Vehicle to Grid (V2G), the bidirectional technology that enables e-vehicles to store and return energy to stabilise the grid. “We’re investing a great deal in software to manage active energy demand. Car batteries can be a source of energy production. The opportunity to link cars to charging stations to download energy stored in the batteries – while being able, of course, to find the battery recharged when the vehicle is needed – can generate both income for the car’s owner and a series of balancing services for the grid as a whole.”

“Enel,” Tamburi concluded, “launched V2G on a commercial level in Denmark as early as 2016, and now it is also carrying out trials in Italy with Nissan and RSE to develop this technology in our country.” This shows our Group’s commitment to the energy transition and promoting mobility that is increasingly sustainable, electric and efficient, and which also acts as a driver for industrial development in the Italian economic system. 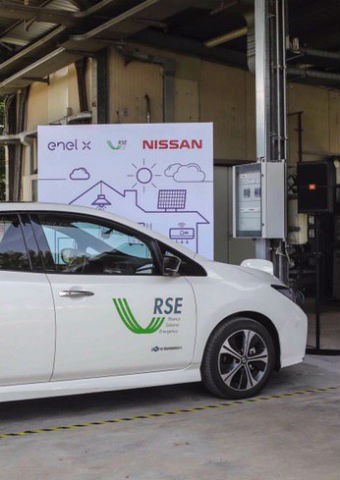 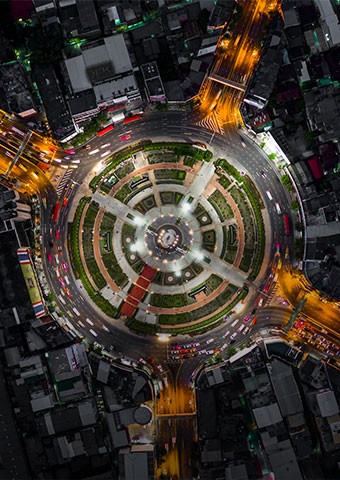 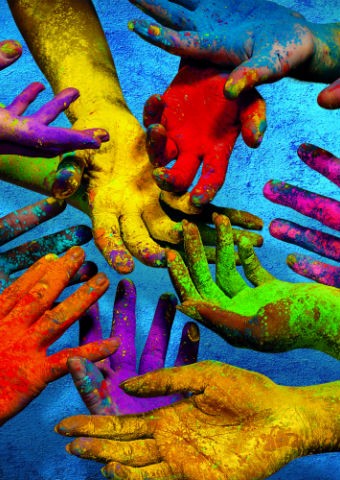 The ASviS Festival: let’s take charge of our future