The Giro d'Italia Giovani Under 23 concluded just a few days ago. This highly competitive race ended on 23rd June with the arrival at Passo Fedaia, a real showcase for top young cyclists from Italy and abroad. The event, sponsored by Enel Energia and one of the most important in the world in its category, was relaunched in 2017 by the technical manager of the Italian team, Davide Cassani following a five-year hiatus. Cassani was one of cycling’s greats during the 1980s and 90s and went on to become a commentator and spokesperson for the sport, before taking over the Italian national team in 2014. We contacted him by phone (he was on his bike, of course) to talk about how it all started, his career and everything he feels he has learnt through cycling.

Let’s start at the very beginning: your first bicycle, your first ride…?

“I had to wait until I was 14 for my first bicycle because my father wouldn’t buy me one. My passion, though, dates back to 1968, when he took me to see a world championship near home, in Imola. The winner was Vittorio Adorni. My first bike ride was two years later. I was nine years old and with our parish priest, Father Pierino, we cycled from Solarolo to Circuito del Tre Monti, the same route as the world championships. Those were my first 15 kilometres on a bike; I had even asked my mother if she could sew a racing jersey for me, with pockets and all. That was how my adventure began. I started to dream that I would become a professional cyclist and take part in the Giro d’Italia and world championships.”

What does cycling mean to you?

“It has been, and still is, my whole life. It’s a great passion which has turned into a wonderful job that has enabled me to fulfil my dreams.”

Has it been difficult to pursue this path?

“You can’t control passion: I’ve let my enthusiasm lead the way. It’s good to be passionate about something because then you know exactly what to do. I have always tried my best, and with a bit of luck and plenty of commitment, I have managed to make my dreams come true. I’ve taken part in the Giro d'Italia 12 times and ridden in nine world championships, and – despite the 800,000 kilometres I have cycled – here I am, still on my bike.”

“I lived in the countryside, so I cycled to school, into the village, everywhere. I’ve always had a special relationship with bikes. Solarolo is in the province of Ravenna, five kilometres south of the Via Emilia, which divides the plain from the hills that seemed far away in the distance. The day I passed the Via Emilia and reached them, I felt like Christopher Columbus when he discovered America. And I am still discovering the world.”

Which stage means the most to you?

“The first victory, the Bologna-Monghidoro, when I was just a youngster learning the ropes. Or when I won a stage of the Giro in 1991: I was handed the trophy and flowers by Nobel Prize laureate Rita Levi Montalcini. Also, my first victory in the Giro dell'Emilia, in 1989: it was also my son’s first birthday, and his mother took him to see me racing for the first time.”

How do you handle the euphoria of a victory?

It takes months of training for a victory. It lasts a few seconds, moments, then disappears just after you have achieved it. What stays with you is the goal you have reached, but five minutes later you are already thinking about how to that once more, so you to all those extraordinary emotions once again."

Where do you find the energy to pick yourself up after a defeat?

“Cyclists are used to that: there are 150, 200 of us at the start, only one . After I turned professional it took me seven years to win my first race. But I never gave up, not even during the first year when knee pain threatened to put an end to my career. Cycling is a sport nobody gives you anything for free: you need to give it all you’ve got and get used to the setbacks.”

So, what’s important is to keep believing?

Always. Focus, keep training, think why you might not be getting the expected results. At difficult times you have a very close relationship with what you feel inside, which helps you get tough moments."

The hardest time for you was perhaps after the accident in 1996, when you had to rethink your life...

“At a certain age you realise that sooner or later your professional cycling career will end; you start thinking ahead. It was trauma when one month later RAI (the Italian Broadcasting Corporation) asked me to work with them, I realised but another even bigger one had opened. And so began the second chapter of my life in sport.”

Then you switched from cycling commentator to coach...

When the Federation President asked me to become technical manager, I was reminded of myself as a child in 1968 watching a world championship. Becoming technical manager, after having Alfredo Martini as mentor, who had held th position for 23 years, was another dream come true."

Relaunching the Giro Under 23 has beenwas a one of your goal of yourss. Why is that?

I became a professional also thanks to an amateur Giro. A team manager saw me and gave me this opportunity. It been five years since an event of this kind was last organied, and I realied that our movement could only grow through a tough, demanding race, the best cyclists."

What differences do you notice between young cyclists today and those of your generation?

Today they are better prepared, they faster, they semi-professionals, nothing at all is left to chance; they compete with Australians, Colombians, Russians all much more international than amateur cycling in my day. The level is higher, more structured. In my day many young people dropped out of school in order to race, while today most of them graduate from high school and even go to university. Good for them!."

What is the most important lesson a non-cyclist can learn from cycling? 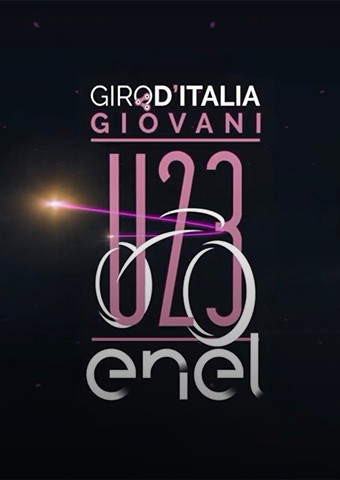 Giro Under 23: the champions of tomorrow 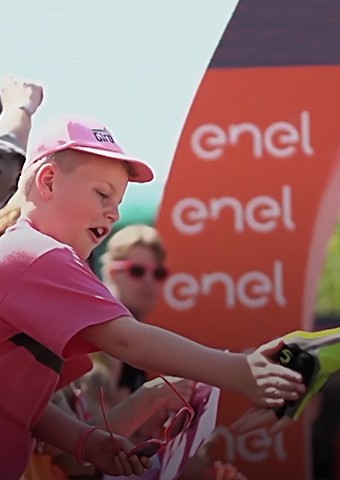 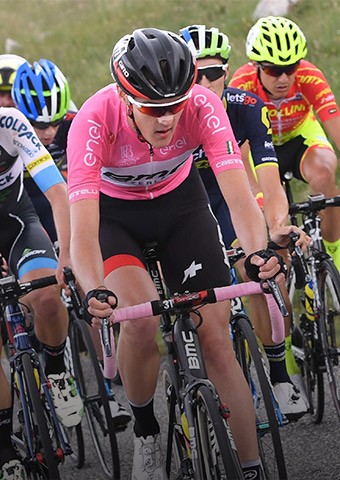