There is little time left to save the Earth. The climate is changing too quickly: action must be taken now before the consequences become irreversible.

The risk is that a domino effect occurs. Carbon dioxide emissions resulting from pollution are among the principal causes of the greenhouse effect which in turn is responsible for global warming: a 2 °C increase in global temperatures would result in complete deglaciation, rising sea levels, coastal erosion and an increase in the frequency of extreme weather events, with dramatic consequences for the world’s population.

A special report published by the UN's Intergovernmental Panel on Climate Change (IPCC), the world's leading scientific body dedicated to studying this phenomenon, has analysed the full impact of the changes to the world’s climate. The report forecasts that average temperature will increase by more than 1.5 °C by 2030. If action is not taken as soon as possible there is a risk that we'll find ourselves in a situation that has been posited by a number of other studies: a potential rise in average temperatures of 5 °C by the year 2100.

It's no coincidence that the British newspaper The Guardian decided to change the terminology it uses to define this situation: instead of using “climate change” it introduced the term “climate emergency” and other similar expressions to underline the urgency of the problem.

The historic Paris Agreement on climate change, signed in 2015 and adopted by 195 countries, requires governments to take measures to reduce greenhouse gas emissions with the objective of keeping the temperature increase below 2 °C by 2050, while also pursuing efforts to limit it to 1.5 °C. An important starting point for the fight against climate change: for the first time ever each country is being held responsible for reducing CO2 emissions, placing particular focus on the economic opportunities offered by the development of renewable energy sources, in particular solar and wind power. In no small part due to the campaigning of the young Swedish activist Greta Thunberg, the issue has also recently become one of the top priorities on the international agenda, in particular for European climate change policymaking.

The consequences of climate change

Every corner of the globe is impacted by climate change, but the various regions are affected in different ways and to varying degrees. For example, central and southern Europe is experiencing heatwaves, forest fires and more frequent droughts, whilst northern Europe is becoming wetter with winter floods no longer a rare occurrence. The impact is felt the most in developing countries, where populations are often more dependent on the natural habitat and fewer resources are available for tackling climate change.

The main consequences of climate change, both direct and indirect, include:

The climate change situation in Italy

In July 2019, 300 scientists and academics launched an appeal directed at Italy's government institutions demanding that they make a national commitment to drastically reduce net carbon emissions by the middle of the century. The letter states, “We ask that Italy follows the example of many other European countries and decides to implement appropriate measures regarding production processes and transport, transforming the economy so as to achieve the objective of ‘net zero greenhouse gas emissions’ by 2050”.

But what is the current situation in Italy? According to the Istituto Superiore per la Protezione e la Ricerca Ambientale (ISPRA, National Institute for Environmental Protection and Research), 2018 saw new record for the average annual temperature which was 1.71 °C higher than any of the averages recorded between 1961 and 1990. Similarly, the sea surface temperature was significantly higher than usual in 2018, with the temperature being on average 1.08 °C above the norm.

Scientists are observing “exceptional” climatic events that can no longer be dismissed as just being interesting news. One such extreme meteorological event highlighted by ISPRA was cyclone “Vaia” which hit large swathes of the country from 27 to 30 October 2018: extraordinarily strong winds, with gusts of up to 200 km/h (125 mph), swept across the country causing significant damage to forests right across the Alps. During the same period the regions of northern Italy were also hit by extremely heavy downpours of rain. Both events can be considered consequences of climate change.

What are the solutions?

To remedy the damage caused by pollution we can't just simply turn back time. According to the IPCC report, if the objective of limiting the temperature rise to 1.5 °C is to be achieved, we need to see a fall in carbon dioxide emissions of 45% by 2030 (compared to 2010 levels) and of 100% by the middle of the century. But is it achievable and how? The solution involves four main approaches:

Our Group, a key player in the energy transition, also feels the need to anticipate climate change and its effect on the planet through the drafting of climate change scenarios. To this end we have signed an agreement with ICTP (The Abdus Salam International Centre for Theoretical Physics) in Trieste, one of Italy's foremost scientific research organisations. The objective is to predict the possible climate conditions that will arise between 2020 and 2050 in the three geographical areas that are of fundamental importance to us: Italy, Spain and South America. Research activities are absolutely essential, both for identifying new business opportunities as well as for preventing any possible negative consequences. Preparing for the future is the cornerstone of our resilience, considered by many to be a virtue.

We are endeavouring to contrast these consequences through the commitment we have recently made to eliminate climate-altering emissions, a pledge promoted by the United Nations Global Compact (in which we have been a LEAD company since 20011), the Science Based Targets initiative (SBTi) and by the We Mean Business coalition.

We are the only Italian company among the 28 signatories that have committed to limiting the global temperature rise to 1.5° above pre-industrial levels and the achievement of zero emissions by 2050. The initiative is the response to a call made by the UN ahead of the Climate Action Summit. This is due to take place on 23 September, and our CEO Francesco Starace will be taking part. 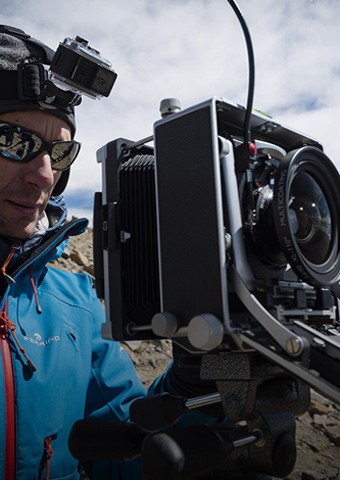 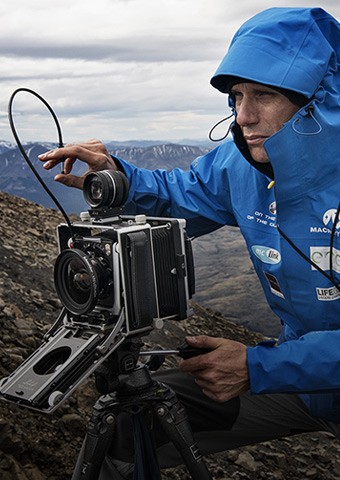