Consumers have changed, and so must marketing

“Never stop”. The father of modern marketing Philip Kotler is now 89 but never stops looking ahead. During his keynote speech at the very first World Marketing Summit Italia, taking place at Rome’s LUISS Guido Carli University (November 22-23), he gave his audience an entirely future-focused lesson. “Marketing has to evolve with the times,” he explained. “Consumers have changed: they are now in full control of the buying process. Distribution, technology, markets and competitors have all changed. Now the time has come for businesses to change too”.

Thinking of the Common Good

The term “guru” is probably a little limited to describe Kotler. In 1967, he published “Marketing Management”, which laid the foundation for a scientific approach to marketing and became the most widely translated and used manual of its kind. Kotler himself is a modest, tirelessly active academic capable of coming up with new ideas and projects time and time again. ‘Marketing 4.0’ references the digital transition but Kotler has also announced the imminent arrival of Marketing 5.0 which centres on the Internet of Things. He reminded his audience of the lesson taught by one of his great mentors, economist Peter Drucker, who said that “marketing and innovation produce results; all the rest are costs”, adding that “one can’t exist without the other”.

So how is the market changing? Kotler explains this by quoting from his latest book, “Advancing the Common Good” (2019), which sees the concept of the Common Good as central. “Today, companies have to think more broadly and worry about making a positive contribution to society” and marketing must “encourage companies to grow responsibly”. This is a path that Enel embarked upon some time ago by making sustainability an integral part of its strategy.

Consumers too have evolved. Today they have more control within the purchasing process, can get information directly online and use social media to communicate information themselves: they are potential “brand ambassadors” and “word-of-mouth is the most important sales channel”.

Hence the need for a whole new marketing approach using technologically sophisticated tools. “In the future, there will no longer be any need for traditional 30-second TV ads. We will have more personalised messages instead,” adds Kotler.

There are various attitudes to digital innovation, of course. There are the deniers who maintain it is of no importance and the avoiders who try to avoid it. The camouflagers, on the other hand, pretend to embrace it while the transformers use it to transform their approach to the market. A reference that provided the perfect opportunity to pass the baton to the Summit’s second illustrious keynote speaker, neuroscientist and White House consultant, Moran Cerf, an expert in the mechanisms underpinning the decision-making processes of the human mind. He is also an academic that Kotler describes as “the next marketing leader”.

“Over the last 10 years, a new branch of research called neuromarketing has developed that ‘listens’ to the brain to understand the criteria involved in purchasing decisions,” explained Cerf as he got his audience to take part in some experiments to demonstrate how manufactured our convictions are when we watch an ad or take part in a focus group, and how simple it is to condition them. “Don’t believe everything you think,” he warned, explaining the importance of the language of the brain, which can be revealed using electrodes that record neural impulses or eye-tracking analysis. “Our minds can be programmed and if we don’t do it, someone else will,” concluded Cerf, opening up new perspectives to the sold-out summit.

Technology and sustainability (the “Common Good” according to Kotler’s definition) were the recurring themes in the addresses given by the various speakers at the event who included managers from several multinationals. Our own group’s Chief Innovability® Officer Ernesto Ciorra explained that focusing on sustainability is the best guarantee for businesses for the coming generations and that there is no contradiction between sustainability and business. “Quite the opposite, in fact. We are explaining more and more to our investors that they are one and the same.” Ciorra then reiterated Kotler’s assertion that marketing and innovation are the two most important jobs a company has, adding that “the important thing is that innovation is open and looks outside just as we are doing at Enel, because companies are not naturally predisposed to change.”

As Nicola Lanzetta, Enel’s Head of Market Italy, explained in a panel discussion on Superintelligence as an agent of social and organisational change, “technology has never been our challenge: our challenge has been how to deal with people. We chose a shared, inclusive approach that has turned robots into friends. If you don’t start with people, you will never get to the machines.”

Masato Yamamoto, Managing Director and President of FUJI Film Europe Gmbh, spoke about how businesses can reinvent themselves through digital innovation, as was the case of the former leading photographic film manufacturer. For Mauro Porcini, Senior Vice President and Chief Design Officer at PepsiCo, “traditional marketing just doesn’t work anymore: in the internet world, our brand is part of a 24/7 conversation and the barriers to the market place are falling, so that calls for innovation in design thinking which means empathy, strategy and the ability to create prototypes.”

There are also many different types of sustainability. For example, Barbara Cominelli, Director of Marketing & Operations at Microsoft Italia, stressed the importance of the values of inclusion and accessibility: “For us, expanding our digital capabilities dovetails with our business”. Innovation, market focus, the Common Good: it would seem that Kotler’s lessons have definitely left their mark over the last 50 years. 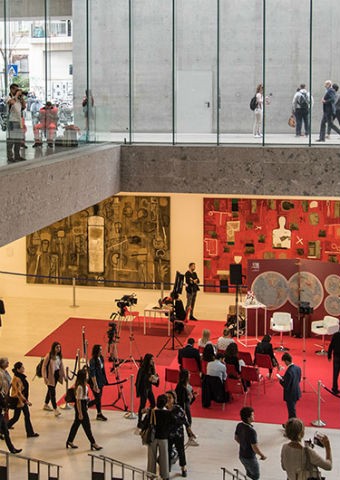 Businesses as ambassadors of sustainability 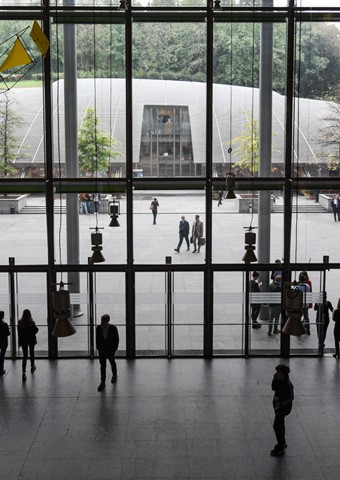 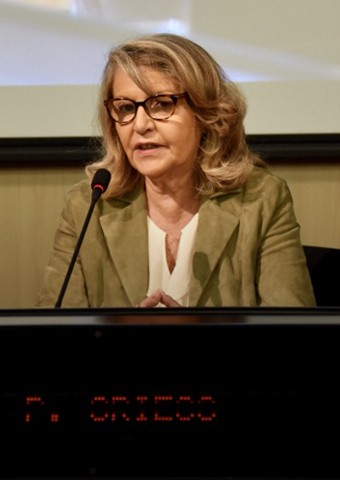