“Laudato si’” was the first encyclical in the history of the Church devoted specifically to fate of the Planet. Published in 2015, Pope Francis’s letter takes its name and inspiration from Saint Francis of Assisi’s Canticle of the Creatures in which he refers to the Earth as both our sister and our mother.

We can trace the birth of the Assisi Manifesto presented in the Papal Salon at the Sacred Convent in the birthplace of Italy’s Patron Saint on 24 January to that very publication 5 years ago. This new document, which takes its lead from the encyclical’s lesson, looks to “a new alliance between institutions, the worlds of economics, politics, society and culture” to create “an economy on a human scale to combat the climate crisis.” The Manifesto has been signed by over 2,000 businesspeople, associations, universities and religious and cultural representatives in addition to gaining the unanimous support of 7,000 Italian Municipalities.

The battle against climate change: an opportunity for Italy

Climate change provides us with an opportunity to rethink our development model and make it more inclusive and sustainable. A process that the Manifesto’s signatories declare must be embraced “with courage” as it can become “a huge opportunity to build both our economy and our society on a human scale and thus be ready to tackle the challenges of the future.”

“Fear is not in itself a sufficient driver of change: in this pact, we have paired the perception of danger with hope,” declared Ermete Realacci, President of the Symbola Foundation, one of the promoters of the initiative along with the Custodian of the Sacred Convent of Assisi, Father Mauro Gambetti, editor-in-chief of the Saint Francis magazine, Father Enzo Fortunato, Enel CEO Francesco Starace, Confindustria President Vincenzo Boccia, Coldiretti President Ettore Prandini and Novamont CEO Catia Bastioli.

“We are all equal in the face of the climate emergency. The circular economy, renewables and technology are helping us to tackle this challenge,” added Francesco Starace. “The European Union has laid out a very ambitious path to achieve zero emissions by 2050, a goal worthy of the Europe that we aspire to. Italy, which has a natural vocation for sustainability, has everything to gain from this perfect alignment with the values we all share. The world economy and finance are looking for ways to invest in that direction and Enel’s results demonstrate such investments are worthwhile.”

What does the Manifesto say exactly?

According to the Manifesto, cutting greenhouse gasses to zero by 2050 is a challenge that could “renew the European mission” with “Italy on the front-line”. The idea is that Italy’s special position gives it an advantage in transitioning to a sustainable development model. “We are already protagonists in the circular and sustainable economy in many sectors,” for instance, we hold the record for the highest percentage of recycled waste products. Our green economy makes “our businesses more competitive and creates jobs” because production is linked to quality and to the beauty of our cities, and “has turned social cohesion into a factor of production as well as combining empathy and technology”. That said, the Manifesto does not ignore Italy’s “huge and long-standing” problems, but the signatories are convinced that if “Italy continues to be Italy” it can make a pivotal contribution to building “a safer, kinder and more civilised world.”

Italy is doing its bit for now. The European Union’s Statistics Office, Eurostat, confirms that our country is one of the 12 member states that have reached or exceeded their national renewables targets[1] for 2020. This is one step towards achieving zero emissions by the middle of the century, a target that also topped the agenda at the World Economic Forum, held in Davos in the days preceding the Assisi event and often referenced at the latter as the baton passed from the global to a national context. “Davos has been the touchstone for the international debate for some time now; since the Middle Ages, Assisi has been the world cradle of caring for the Planet,” said Italian Premier Giuseppe Conte before signing the Manifesto. A document also welcomed by Cardinal Gualtiero Bassetti, President of the Italian Bishops Conference, who feels that it “shakes up the conscience of the powers that be and looks to the future of all of humanity.”

Assisi’s lesson to the world

The Franciscan forerunner was also referred to by Realacci who cited the lesson taught us by the first economist/theologian Saint Bernardine of Siena, and by the President of the Pontifical Academy of Social Sciences Stefano Zamagni: “Social impact financing was created by the Franciscans; the first Mount of Piety (provider of soft loans) was founded in Perugia not too far from here. If what we want to achieve is a new humanism, what better nation in the world than Italy to provide the necessary impetus?” added the economist, inviting the promoters to venture beyond the Manifesto and draw up a Charter of Common Goods to send to the UN.

At present, the birthplace of Italy’s Patron Saint is preparing to welcome over 2,000 economists and businesspeople aged under 35 from all over the world to take part in the Pope’s “Economy of Francesco” event in late March that is the perfect continuation of the Assisi Manifesto. Assisi is a “message-city” in the words of Mayor Stefania Proietti and it is also home to the oldest recorded use of the word “Ytalia” which appears in the Cimabue frescos in the Basilica Superiore di San Francesco. According to Father Fortunato, Saint Francis, who is also known as “the Poor Man of Assisi”, can even be viewed as a pioneer of the circular economy: “He tore down the Medieval pyramid model to reveal a circular alternative and an inclusive approach.” The Confindustria President also invited those present “to go forth from Assisi to rediscover a sense and spirit of community again” while the President of Coldiretti quoted the Pope in reminding us that, “we do not own the Earth. Rather it is bestowed on us together with the responsibility to pass it on to future generations.”

Thinking of the new generations lies at the very core of the Manifesto signed at Assisi. That commitment was symbolically underscored by the presentation of a green Tau Cross to all signatories. Made from olive and wood from trees felled when Storm Vaia lashed the North East of Italy in autumn 2018, the Tau Cross is considered Saint Francis’s “trademark.” “By receiving it, we are embracing our responsibility to endorse a lifestyle inspired by the Canticle of Brother Sun and to translate the ideals shared in the Manifesto into practice,” explained Father Gambetti. A tangible sign that a new journey has begun in Assisi: let’s hope it takes us a long way.

[1] The targets being defined as the share of gross final consumption originating from renewable energy sources. 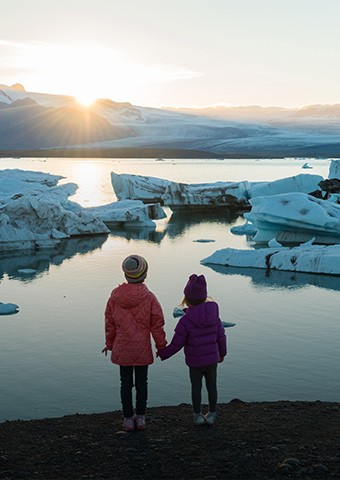 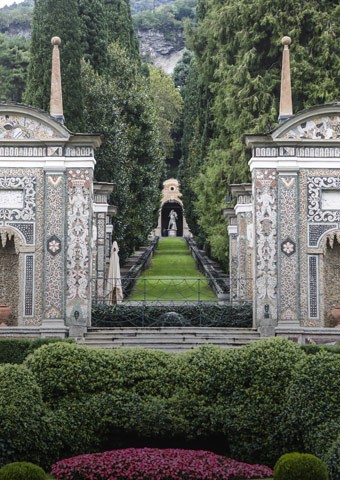