Now or never. The age of the e-Mobility Revolution has already been written and begun. The latest edition of the Forum The European House - Ambrosetti, the focus was on Italian electric mobility, ready to pursue the road of development, with enormous potential. Thanks to the study completed, in collaboration with Enel, by the organizers of the international event on Lake Como that took place between 1-3 September at Villa d’Este in Cernobbio, it has been possible to present the first ever complete map of the Italian Value Chain relating to electric mobility (160 thousand companies and 823 thousand employees). In addition to serving as a useful measuring tool for the immediate future, the Electric Transport Index (ETI), is able to monitor the performance of the 20 regions and 14 metropolitan cities in the country. Commissioned almost one year ago, the research has involved significant external expertise, with the aim of providing a more operative than statistical picture of the Italian scenario, in line with the objectives of the Forum: to anticipate the economic transformations in the market and to involve Heads of States and Governments, figures from the world of finance, research and business leaders in the discussion.

There was no lack of surprises: considering the market for electric vehicles alone and the revenues that can be generated in each phase of the production chain (means of transport, electric recharging infrastructure, ICT service, recycling and second life recycling), the forecasts estimated cumulative revenues of between 24 and 100 billion euros by 2025, and between 68 and 303 billion euros by 2030. With its strong manufacturing sector, Italy could excel in particular in sectors such as the production of components, bodywork and interiors, as well as the equipment for recharging and the electricity network, potentially earning a share of the cumulative value of up to 180 billion by 2030. This data did not fail to catch the attention of Francesco Starace, Enel CEO. Rather than economic resources, which are now available thanks to European funds destined for the Regions, what Italy currently lacks is the infrastructure. One of the main targets should be the installation of a network of recharging columns: on this front Enel is ready to invest up to 300 million over the next three years in order to install up to 12 thousand units. This would go some way towards eliminating the anxiety and suspicion that still lingers concerning the use of electric vehicles for travelling longer distances.

“With this study we are aiming to create a new awareness among policymakers and in the industrial sector. In Italy, in fact, we boast the only medium and low voltage digitalized network in the world; this is capable of supporting the rapid proliferation of electric vehicles on a large scale”

The market is also saying yes

While Italy appears to be lagging in the development of electric mobility, the global trend leaves no doubt: in 2016 over 2 million electric and hybrid electric plug in vehicles entered circulation (of which there were 9,820 in Italy and over 600 thousand in China, the leading country in the world for the number of e-cars), the stock has increased by 94% over ten years and the number of registrations by 72%. This means that in the near future, if the current pace of growth continues, it will be possible to significantly reduce greenhouse gas emissions and effectively combat climate change.

Alongside the issue of raising awareness on the ecological front, the CEO of The European House –Ambrosetti Valerio De Molli also highlighted how the inherent economic competitiveness of the sector is progressing: the cost of production of electric vehicles is falling in step with the cost of batteries, while new forms of organization of urban transport provide incentives to abandon the use of fossil fuel-powered vehicles. In 2016 alone, the global stock of electric buses doubled compared with the previous year, reaching 345 thousand units in service, in addition to boosting the trend in sales of electric private vehicles: according to current forecasts, these are set to make up more than 50% of the total by 2040. Another trend concerning which Italy stands out is that currently the country has the highest rate of car ownership in Europe (610 cars for every 1000 inhabitants, compared with 548 in Germany and 484 in France), while 14% of vehicles in circulation are over 20 years old (one of the worst rates in Europe). On the other hand, between 2005 and 2016 the country saw the number of registrations of electric vehicles rise by 41% (reaching a peak 96% increase in the first months of 2017), alongside an increase in the sale of electric bicycles (124,400 units sold over the last year).

“We are facing an incredible opportunity for growth and development because electric mobility is booming around the world. In addition to the benefits to the environment and savings on fuel, its potential today involves the technological production chain in its entirety”

The possibilities opened up by new electric vehicles go well beyond what had previously been imagined, so much so that there is widespread agreement among researchers that a new industrial revolution is taking place. Today’s electric vehicles (EV) are the forerunners for the next autonomous vehicles (AV), capable of shattering the concept of car ownership and replacing it with shared and independent use. Even the role of the driver, thanks to the introduction of sophisticated on-board computers is becoming superfluous. We are one step away from seeing electric vehicles that are capable of travelling autonomously, picking up passengers directly from their homes at the request of a specific app, while operating an uninterrupted service. The result of this will be a gradual reduction of traffic in cities as the number of vehicles in circulation falls to just 20 or 30% of the current figure, also thanks to formula such as car sharing. Traffic lights will disappear and car parks can be reconverted into sustainable spaces.

Among those looking into the future were Carlo Ratti, Head of MIT Senseable City Laboratory in the United States, and Maria Chiara Carrozza, professor of industrial bio-engineering and member of the 3rd Commission for foreign and European affairs in the Italian parliament. Also involved in the advisory board for the study was Massimo Nordio, former President of UNRAE (National Union of Representatives for Foreign Vehicles) and CEO of Volkswagen Group Italy, thus completing the connection between the world of producers and service providers in electric mobility, academics, researchers and institutions. There were almost sixty contributions towards the research document that is destined to represent a watershed for the Italian market.

“We must not endure the technological change but rather comprehend it. It is necessary therefore, that everybody plays their part and coordinates both on a national and international level, creating a model for the circular economy. This could contribute to kick-starting the Italian car manufacturing tradition”

According to the Electric Transport Index, of all Italy’s regions Tuscany recorded the highest score (6.5 out of 10), while its regional capital Florence is in first place as the country’s best performing metropolitan city with a score of 8.1. Florence is followed by Milan (6.4) and Rome (6). The entirety of Southern Italy, with the exception of Puglia, emerged as the area with greatest potential for the development of electric mobility as it is still lagging significantly behind in terms of the distribution of vehicles, while enjoying notable advantages in terms of the availability of renewable resources.

Nevertheless, there are still obstacles to overcome. Without strategic coordination on the political front, which is lacking in Italy today, the risk is that even more traffic could be generated, losing finance for the infrastructure along with jobs in the production chain. What is called “electric propulsion” is certainly one of the main players in the historic changes taking place but it is not limited solely to aspects of technological improvement, rather it represents a form of rebalance in an increasingly sustainable way.

E-cars are driving the mobile revolution

As energy is increasingly being generated from renewable sources, due to the “intermittent” nature of renewable energy with peaks of production of 50 or even 100% in some countries, today it is necessary to find more flexible forms of energy management. For Francesco Venturini, Head of Enel’s Global e-Solutions division, new systems of backup and storage are assuming a strategic and fundamental value. The car is becoming an essential resource for counterbalancing the overall availability of the grid, serving as “a mobile battery on four wheels” that is capable, not only of storing but also releasing energy through V2G (Vehicle-to-Grid) technology, with a diffusing effect on the sale of electric energy.

“The electric car, as a mobile battery, is the ideal link in the chain between the production of renewables and the new forms of mobility. Thanks to its rapid expansion, the revolution that we are experiencing now appears to be unstoppable: we should seize the moment in order to become the protagonists of the market of the future”

In order to capitalize on this new potential and keep step with the countries driving the e-Mobility Revolution, such as Norway and China, Italy will have to work on 6 fundamental points, however. Creating a control centre that coordinates the actions of industrial actors and stakeholders, providing a boost at the same time to research and development programmes with the creation of national clusters. The new incentive policies should not be based on economics, the fruit of a now worn out strategy, but on practical facilitation such as access to urban centres, priority parking or the spread of electric car sharing, while the launch of projects for the industry will contribute to consolidating the relationships between the many excellent realities in the country, Finally, the simplification of the administrative procedures and the harmonisation of electricity tariffs for the provision of recharging points, together with tax subsidies for the purchase of equipment, could accelerate the process of the creation of the infrastructure network.

Thanks to the new study e-Mobility Revolution, by Enel and The European House - Ambrosetti, Italy can finally look far ahead into the future. It only remains to start up the engines and prepare to take part in the international race. 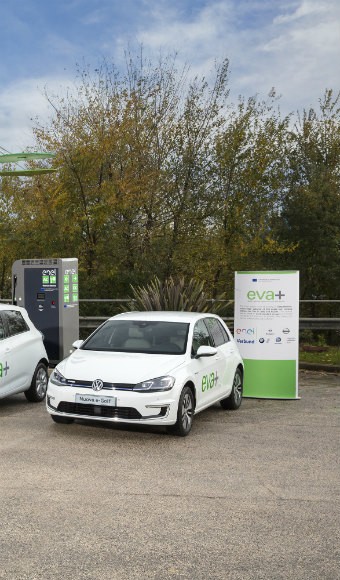 An electric highway between Italy and Austria with Eva+ 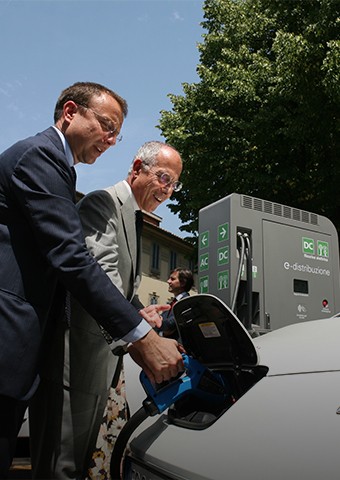 Enel and Florence, a smart partnership 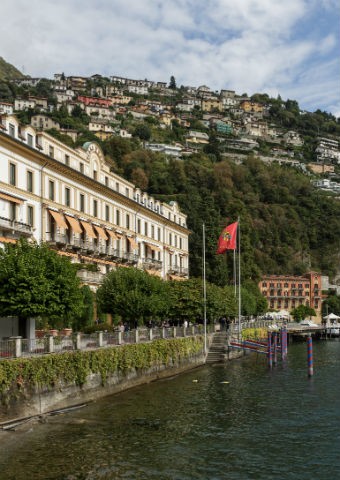