It is even a symbolic end, since the setting that hosted this two-day event (3-4 October) was the Bocconi University, one of the cradles of entrepreneurial culture in Italy.

The title of the fifth edition was “The art of sustainability.” As the Rector Gianmario Verona stated when opening the proceedings, “Today the impact of sustainability is central for anyone who deals with corporate culture, also because the sensitivity toward certain issues is strongly felt among new generations.” Today's students and the customers of tomorrow were involved through the many panels hosted in the university classrooms and open spaces, as well as with readings, live artistic performances, photographic contests, speed dates, and smartphone quiz apps.

Enel was clearly a staple presence at many of the meetings, considering that it is now a benchmark for many companies in the world of business. It brought its ideas, experience and best practices.

Many recalled the commitments that our Group has undertaken in recent years. We were among the first companies in the world to incorporate the Sustainable Development Goals (SDGs) of the United Nations in processes to define company strategies. The Group has already made specific commitments to four SDGs: clean and affordable energy (SDG 7), quality education (SDG 4), increase employment and promote an inclusive, sustainable and lasting economic growth (SDG 8), and decarbonisation by 2050 (SDG 13).

Indeed, Enel is committed to reaching zero emissions from its own energy mix by 2050 and to reducing its emissions compared to 2007 levels by 25% by 2020, by increasing production from renewable sources to 2 Gigawatt a year. It is a strategic decision that has also paid off from the point of view of investors, as recalled by Andrea Valcalda, Head of Sustainability at Enel: “About 70 percent of our investors are long-term investors; they ask us for a clear and consistent vision over time, and the accolades are rolling in.”

“In three years, we have turned around the way of thinking at Enel and re-oriented the business plan: the bottom-up input has been very important, but if there is no strategic indication from above, these processes do not come about”

Sustainability means setting long-term objectives, as well as building a different relationship with the communities in which we operate. “This is not a problem of being good neighbors: sustaining the progress of communities means protecting our investments and our plants. If a community is impoverished, the tension goes up, and this sooner or later has an impact on the business,” explains Valcalda.

“You can’t get anywhere by yourself,” is the opinion of Maria Cristina Papetti, Head of Sustainability Projects and Practice Sharing at Enel. The old barriers that separated NGOs, multinationals and governments have fallen: to engage local communities, you need a long-term view and a relationship based on collaboration with everyone, no one excluded, even with other companies. “Innovation is increasingly done outside the company, so you have to be ready to seize it, to achieve critical mass, and to multiply impacts.”

“In Italy, we need a change of culture: it is not enough to deal with an emergency; philanthropy is not enough; if you do not plan in the long term, you can’t create shared value”

The engagement of communities

For Enel, access to energy is primarily a business issue, which, however, needs to be declined in a different way, depending on the context. “Business as unusual: there is no single recipe for all emerging countries,” adds Papetti who reminds us that our Group has 500 ongoing partnerships in 30 countries. In a continent like Africa, where 600 million people do not have access to energy, the problem may be easier to deal with compared to mature countries. But each country is a story to itself. For example, in Brazil’s favelas, through the involvement of NGOs, Enel has taught the economic value of waste and waste sorting to many families at social risk.

Families that are not only potential customers, but also suppliers, as in the example from South Africa explained by Fabrizio Furbini (Sustainability Projects and Practice Sharing at Enel) where an Enel training programme on solar panels has created a labour market and a fabric of local small and medium-sized enterprises.

“Now we understand that if you do not involve communities, business does not grow in a sustainable manner," says Furbini. From here follows the analysis of the context, the stakeholder map, the materiality and risk analysis and the resulting CSV (Created Shared Value) plan, which is drawn up before investing in an area. The aim is to understand the possible impact on local communities with the goal of creating shared value and measuring the created value for our company and for the communities involved. “The SDGs help us do business: there is no difference between NGOs and multinationals; we have the same goals to improve the lives of people,” concludes Furbini.

“Community engagement” is the expression that often pops up. It is a principle that obviously applies also to Italy where Enel can boast the project for the conversion of 23 thermal power stations, which is also a major listening and involvement effort with local communities. Valeria Bracciale, Environmental Policies at Enel, discussed it in Milan; among the Circular Economy projects, she also mentioned the work started by Procurement on suppliers to spread a culture of circularity throughout the supply chain. “Enel has been included by the World Economic Forum among the six multinationals most active in the world on the Circular Economy issue.”

And we are the only utility and the only Italian company in the Fortune ranking of the top 50 companies that are changing the world, stresses Vanessa Tedeschi, Environmental Policies at Enel.

Innovation is the key element to making the business increasingly sustainable. In Milan, Cinzia Corsetti, Head of Sustainability Italy at Enel, presented Enel’s most cutting-edge projects, for example in electric mobility, including the V2G technology, which will transform the e-car into a battery, an innovative system that Enel is developing abroad (Denmark) because the regulatory path in Italy is still at its initial stages.

“Doing business in a competitive manner is only possible by combining innovation and social inclusion, creating a better world we would like to be a part of ”

A good example are the initiatives of creating shared value launched in Abruzzo after the earthquake and snow emergency to promote youth employment and to support socio-economic recovery.

There was also space to tell the story of an initiative just launched at Enel and developed as a startup. Giovanni Pepicelli, Digital Transformation, Global ICT at Enel, and team leader of the startup, explained that Powergift transforms solar energy into charity: those who produce more photovoltaic energy than they consume can give it to those who need it.

As demonstrated by the 17 UN goals, sustainability can take many shapes, each of which is different yet interconnected. For example, diversity and inclusion. “Diversity is good for business,” explained Iliana Totaro, Head of People Care and Diversity Management at Enel. A research study carried out by the Bocconi University a couple of years ago showed an increase in productivity for companies after the entrance of women directors in the BoD as a result of the Golfo-Mosca Act in Italy. From this point of view too, Enel is leading the way: “In all recruiting processes at Enel today, we set the goal of having an equal number of men and women in our selection pools and for this reason we actively promote the participation of women in STEM disciplines and parenthood as a gym that trains in skills useful to business.”

“From 2016 to the first half of 2017, the percentage of women who have joined Enel has increased by 12%: now they account for 34 percent of new hires. And as regards equal remuneration, we are at 94%, far above the Italian national average”

Finally, in the course of the two days at the Bocconi University, the impact of new major legislation was also discussed. For example, Law 125 of 2014 on social cooperation, which under Article 23 enhances the role of private enterprises or Legislative Decree 254/2016 on non-financial disclosure, which entered into force in January 2017. According to Giulia Genuardi, Head of Sustainability Planning and Performance Management at Enel, this is “a further step forward in defining a sustainable model that combines operational and economic factors with environmental, social and governance ones. It is a challenge that calls for the collaboration of everyone at the company, but especially between companies and supervisory bodies, such as auditors and Consob.” 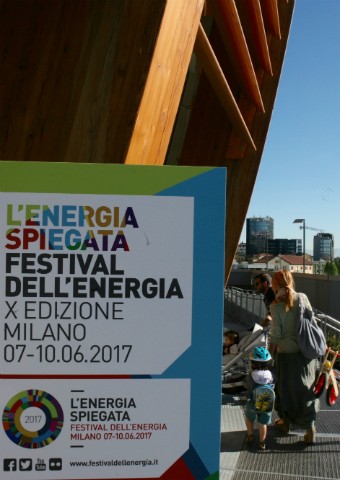 Festival dell’Energia, an engine for ideas 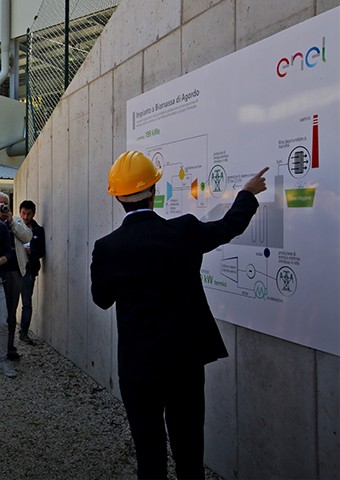