Digital, lessons from the Forum

“Every word has consequences,” wrote Jean-Paul Sartre, “every silence too.” This maxim is even more pertinent if applied to the world of digital communications and the 140 characters (recently extended to 280) of Twitter. This is especially the case when words or silences concern the Millennials or post-Millennials, i.e. the digital natives, the generation raised in the digital era. How can we interact with them and what are the new rules of digital communication?

This was the topic chosen for the 2017 edition of the IAB Forum, the leading Italian event for the digital sector and the fourth largest in Europe in terms of attendance, attracting more than 12 thousand participants. The event was held in Milan on the 29 and 30 November and the title chosen for the edition was, appropriately, Born Digital.

Two days dedicated to the younger generations, a demographic described by IAB Italia president Carlo Noseda as “the first to benefit from free web content, thanks to the presence of advertising: difficult people to reach, who surf the internet making their purchases largely via mobile devices, and for whom the web is their main source of information and who, precisely for this reason, are enormously susceptible to the threat of fake news, an issue that is as much a topic of discussion in our country as football and one that represents a genuine threat to the security and reputation of brands.”

Reputations, as a consequence of words and silences, are determined in a virtual world, but one that is also entirely tangible and capable of producing impressive results from an economic point of view and in terms of employment. In Italy the digital sector is worth 58 billion euros (with annual growth of 9%) and provides work to around 253 thousand people (an increase of 15% over the past year). These people, Noseda emphasised, “are creative and have an extremely high propensity for risk, and can genuinely help the country to change and become more competitive.”

In this sector, explained Constantine Kamaras, Chairman of the Board of Directors of IAB Europe, “innovation and disruptive technologies are moving so fast that as soon as your company has managed to get in step with the times, things have already moved on and the current technology has become obsolete. Though this generates stress, it also offers enormous opportunities.” It is conceivable that within 10-15 years, digital devices will be supplanted by new forms of deep integration, probably of a physical nature, between human beings and artificial intelligence. This will be an age in which our cognitive capacities and our interaction with the world will increase exponentially, and with that comes difficulties, but also the potential for the art of communication.

According to Kamaras, the key elements required to bring the digital transformation to a company “are almost always within reach: the data, the technologies, the personnel with the right skills. But when a company wants to act quickly to break the mould without breaking the bank, the key factors for success are leadership and courage.”

This is why IAB invited Ryan O’Keeffe, Enel’s Director of Communications to speak at the Forum: to tell the story of a company that, according to Noseda, has revolutionised its communications in an extraordinarily fast, effective and courageous way. “Communicating also means educating people and Enel is doing that extremely well, raising awareness among the public about issues of great relevance, such as sustainability.”

“I am convinced that the Internet has been the most disruptive factor in the world of business in the last twenty years,” said O’Keeffe. “In 1999 a book was written: The Cluetrain Manifesto. It contains a number of very powerful and insightful pieces of guidance for us as communications professionals. When it was published, the first iPhone was still eight years away. However, the lessons contained in that book, designed for those who wanted to do business in an interconnected world, are still valid today. For us at Enel, they were extremely valuable as we were progressing on our digital journey. And they still are.”

O’Keeffe went on to cite five of these principles. The first is: markets are conversations. “This means we have to establish a dialogue with the most important stakeholders for our management team: the customers, the employees, but most of all, the shareholders, to whom we must guarantee a satisfactory economic return. As communicators our task is also to create demand, the lever that moves the economy and generates profits. How do we convince the money to come to us? Storytelling. This is our job as communicators: to tell stories. Enel has a great story to tell about innovation, and we’re telling it through many channels. We started with the rebranding of our Group around the world. We rolled out a new digital communication strategy. We’re spending over 5 billion euros in the next three years in the digitalisation of our assets. And this communication strategy is working: since we launched the new brand in January 2016, Enel has delivered a total shareholder return of over 56 per cent.”

The second is: companies need to come down from their ivory tower and talk to the people with whom they hope to create relationships. “When I arrived at Enel,” O’Keeffe explained, “I found a total of 197 digital touchpoints, websites, social media channels, and five different intranets. This is not the way you talk to people. We’ve worked extremely hard over the last two years to create simplicity. For instance, we launched a new single intranet for our 63 thousand employees around the world and our new websites are much more open, much more friendly, and much more dynamic. More digital, actually. And they’re all mobile first. And we’re moving toward what we call a One Hub, a single point of digital contact for all of our stakeholders.”

The third is: your product broke. We’d like to have a chat with your CEO. What do you mean she’s not in?. For O’Keeffe, such an attitude is unthinkable for a company, especially in the digital world. “It’s unacceptable for a company not to be engaged in a dialogue with the stakeholders. Social media have completely disrupted the rules of communication. They have empowered the audience in a way that back in the 1980s was not even imaginable, and we need to deal with that. Engaging in a dialogue with our stakeholders is absolutely fundamental. And we have to do it in real time and make sure we are active participants in that conversation. That’s why, for instance, we have launched our chatbot and we developed a new real time communications team.”

The fourth is: companies need to realize that their markets are often laughing... at them!. ““That’s why we, as communications professionals, also have the job of listening. We are the antennae for the organization. Think about the word reputation: we all need to take a much more sophisticated approach to understand, to manage and to enhance our reputation.”

Finally, the fifth lesson is: if you communicate to those outside the company, you must also communicate to those within it. This means to all employees in order to enable their participation as much as possible in the evolution and changes occurring in the company. All of this must be done in real time in order to avoid, for example, that staff learn about changes in the companies from news outlets rather than from the company. “It is for this reason that when we talk about the digitalisation of the Group we also mean the people who work at Enel, with whom we want to communicate in a much faster and more direct way. We want to instil a digital mindset and a digital approach throughout our organisation.”

O’Keeffe concluded that the five principles could be summarised in just one sentence: “Markets are not made up of demographic segments but of human beings, and it is with them that we must communicate.”

Often the most important aspect of communicating is being able to listen. This is the reason why, as the philosopher Epitteto pointed out, man is born with two ears and just one mouth.

From Artificial Intelligence to fake news

Over the two days of the event in Milan time was also found to examine fake news and Artificial Intelligence. Jeff Kofman, CEO and Co-Founder of Trint, demonstrated how AI enables the publication of multimedia content on different platforms, while Alexander Nix, CEO of Cambridge Analytica, explained how to optimize the distribution of messages to different audiences. Also Julian Assange, co-founder of WikiLeaks, spoke via video link-up from the Ecuadorian Embassy in London, to talk about fake news.

There was also time for some more light-hearted moments: comic Paolo Kessisoglu explained the art of making people laugh on TV and on the web, Alessandro Zanardi spoke about his experience as a racing driver and a brand ambassador for BMW, entertainer and web-star Fabio Rovazzi talked about self-mockery on social networks and the actor Luca Argentero about the potential and the pitfalls of brand identity. 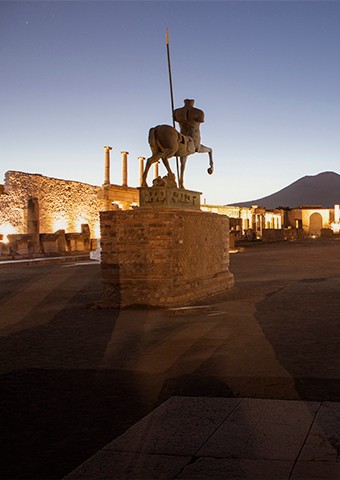 Enel, the art of light 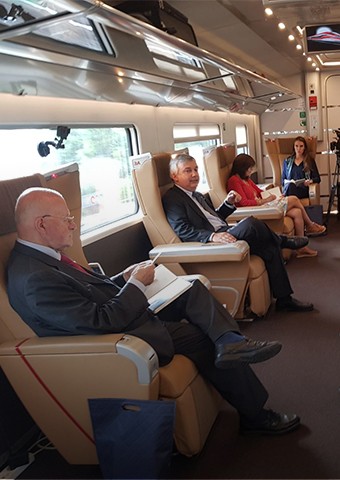 Enel and culture on the go