The model of “light” energy

The energy of the future is “light”. The 11th edition of the Festival dell’Energia, (“Energy Festival”) which once again was supported by Enel this year, took place on 7 - 9 June and looked towards to a model of smart, integrated, distributed and digital management.

This is the model of “light” energy, the guiding focus of the event which for the first time held its inauguration in Rome followed by two days in Milan.

During the Festival’s inaugural event in Rome, Francesco Venturini, CEO of Enel X, explained that innovations in public illumination, home safety, home automation, energy management and sustainable mobility, make all the difference. Digitalisation, however, is the true ‘disruptive’ factor because it represents a businesses opportunity even for those outside the energy sector. For example, platforms linked to the sharing economy have been able to aggregate a significant number of consumers through the offer of services, rather than products, conquering markets without specific technical competencies or assets.

Venturini believes that the drop in the cost of energy, combined with growing efficiency and digitalisation, points to a doubling in the use of renewable energy over the next 20 years, as well as to the possible entrance of new players in the field. Enel X is anticipating and developing services that can be offered by businesses which are able to find solutions that guarantee the same level of practicality, even if they are not from the utility sector. One example, the payment of electricity bills, which should become as simple and quick as any other online transaction.

“In order to handle the present energy transition, we are moving forward with four trends: decarbonisation, electrification, digitalisation and customer experience”

These trends are confirmed by the “Smart consumers in the energy market research” report, which was commissioned from the SWG Institute for the Festival dell’Energia and presented in Rome by Mauro Marchiaro, MD of Accenture. Residents, based on a sample of 800 families, expressed a great interest in renewables, for a value of 7.7 points on a scale of 1 to 10 (in the south and the islands, that value increases to 7.9). Nearly half the sample (45% and rising to 75% among the young) would accept an increase in their energy bills, even up to 50%, to support the development of renewable energy. Incentives to increase the energy efficiency of buildings was supported by 42% of those interviewed, especially when this involved the modernising of systems (77%) and the installation of low consumption water heaters (69%).

Finally, the monitoring of consumption by app is considered important (7.1 on a scale of 1 to 10), as is consultancy on energy saving (6.7) and home automation (6.6).

The opportunity to compare services from different operators, plus the increased access to information, have made the consumer ‘lighter’ too. Carlo Tamburi, Enel Head of Country Italy, explained that the switch to the free energy market had been useful for developing a new understanding of consumer needs, also in terms of digital interaction. Being able to handle individual requests, by offering applications and sites with increasingly simplified operations, has increased appreciation of the operator.

“Interaction with people and attention to local areas are decisive factors in this phase of the transition of the energy market. This is the direction we are working towards, with the help of digitalisation”

The era of the “crowdplatforms”

The shift in the industry paradigms requires the creation of a new “map of lightness.” Its outlines were sketched out by Guido Bortoni, President of Arera - Autorità di Regolazione per Energia e Ambiente (The Italian Authority for the Regulation of Energy and the Environment). Thanks to new accumulation systems such as “power to gas”, which produces hydrogen and synthetic methane from renewable energy sources, one of the first steps that electricity and gas utilities will soon have to take is a strategic reconsideration of gas. Furthermore Bortoni believes that electricity and gas could be combined on an industrial scale to increase storage operations.

It would be an extra resource, and one that could be used alongside V2G technology, which today is used by Enel to stabilise the grid through the use of electric cars as mobile batteries for the accumulation or release of energy.

Consumers should therefore be integrated into the process of electricity production, with the possibility of self-production through domestic micro-plants. In this respect, their individual effect on consumption is less than it was in the past, and this contributes to the creation of a more open and dynamic type of market, which is now known as “DIY energy”.

These variables are all part of the creation of a new tool for energy management that the Festival, and its President Alessandro Beulcke, have dubbed “crowdplatform”: a combination of intercommunicating platforms where producers, consumers, suppliers and institutions contribute to make energy available that is clean, shared and flexible in use.

“We chose Light Energy as the title of this year’s Festival. Light because it has to be sustainable and potentially renewable. Light because it is smart and digitalised. This is the vision behind the cultural operation that was first launched 11 years ago: the Energy Festival, an operation which, over time, has confirmed its position as one of the most important Italian events in the sector”

Participants at this year’s festival included the mayors of Rome, Virginia Raggi, and Milan, Giuseppe Sala, who presented the operations transforming Italy’s two principal urban areas into smart cities. Limitless communities which, through electricity and the support of Enel, will make every resident a star of the future. 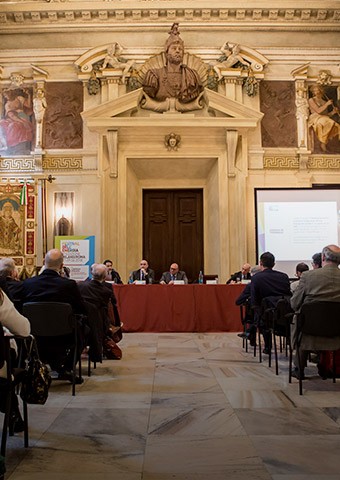 The energy of the future is “light” 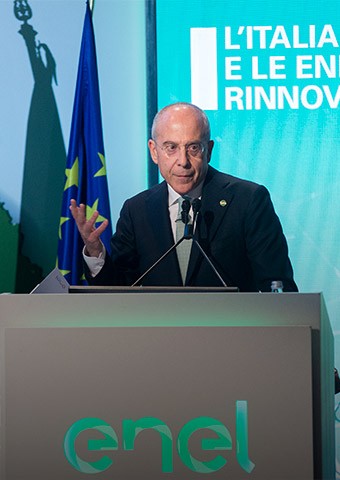