One of the most warmly welcomed trends in contemporary tourism is the “slow” movement, travelling in a relaxed, green way using electric vehicles, respecting towns and villages and their distinctive nature. But “range anxiety,” the fear of running out of electrical energy, is still a significant factor that deters many people from switching to electric mobility. To help overcome this problem and to provide a decisive boost to more sustainable forms of transport, Enel X, the Group division dedicated to innovative products and digital solutions, has signed a memorandum of understanding with the Associazione Paesi Bandiera Arancione (Association of Orange Flag Towns) to install a network of electric car charging stations in each of the 227 settlements that belong to the Association.

Together for slow tourism

The agreement, signed by Francesco Venturini, CEO of Enel X, and Fulvio Gazzola, the Association President, involves the installation – starting this year – of at least two e-vehicle charging stations in each of the “Orange flag towns” in addition to their routine and extraordinary maintenance.

The installation and maintenance of the charging stations is a significant asset for the 227 communities in the network, all of which boast extraordinary historic, cultural and environmental heritage that is set to be protected and enhanced by electric mobility. “This agreement fits neatly into the dynamic of the Orange Flag brand, as well as the methods of visiting these towns, which," as Gazzola points out, "all have a population below 3,000. Gentle, non-invasive mobility safeguards these towns and the surrounding landscape. I’d like to thank Enel for responding to our proposal, providing practical help to the communities with a service that can generate further tourist growth.”

“We’re particularly pleased to contribute to the Orange Flag Association’s mission with our innovative charging technology; zero-emission cars provide an ideal way to discover artistic treasures in the historic centres of Italy’s most beautiful towns”

The spirit of the “Orange Flag” towns will be further boosted by a project implemented by our company. Launched this year, it will develop in two phases – the first until 2019, has been described by the Ministry of Cultural Heritage and Tourism as “national slow tourism year.” The objective is to promote Italy’s lesser-known regions and reinvigorate them with travel experiences that focus on sustainability (just like the initiative for the 227 Orange flag towns). The second stage will extend through to 2022, showing that a different approach to mobility and tourism is indeed possible.

“E-mobility has proved to be successful in the large urban centres, but with this agreement it will become an important way of attracting and welcoming tourism, highlighting the beauty of our country”

The national plan in small centres

Enel is thus continuing its commitment to making Italy’s e-mobility network more efficient and widespread. In November 2017 Enel launched the national plan for the development of an e-vehicle charging infrastructure, a project involving the installation of 7,000 charging stations across Italy by 2020, and a total of 14,000 stations by 2022.

As a result, the number of charging posts installed in the “Orange flag towns” that have already signed up to the national plan will exceed the two predictions in this agreement. The objective is to make e-mobility more attractive not only in large centres but also in the smaller towns and villages. These locations have always been an expression of authentic Italian style, as well as a respect for nature and a concern for environmental quality.

Being an Orange town

The Orange Flag Town Association, established in 2002 by the Touring Club Italiano and the Liguria Region Tourism Office to promote small towns and villages in the Italian hinterland, involves a very strict selection process for the communities that would like to join. Towns and villages seeking to become part of the network must satisfy over 250 criteria. This particularly stringent method means that fewer than one in ten of the candidate towns succeeded in obtaining the brand.

The towns that succeed in becoming “Orange communities,” however, have enjoyed clear benefits. “79% of certified towns have opened new restaurants, 81% have opened new businesses, and over 80% have increased their accommodation capacity,” says Giuseppe Roma, President of the Roman delegation to the Touring Club Italia. He goes on to say that “Important agreements like the one with Enel X extend the range of services on offer and improve the ability of these communities to attract tourists, something which benefits residents and visitors and promotes widespread sustainable behaviour.”

Towns and villages that have obtained the Touring Club’s Orange Flag combine quality and innovation, generating greater shared wellbeing. Not surprisingly, the associated towns have enjoyed an 8% rise in activity, confirming that “through a shared concept of tourism development, the network has also become a laboratory for social innovation”, says Roma. Thanks to the project promoted by our division, innovation will take a further, decisive step forward. 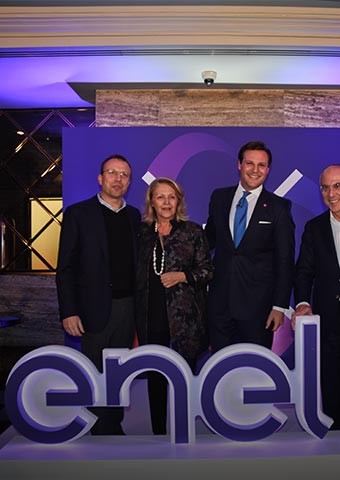 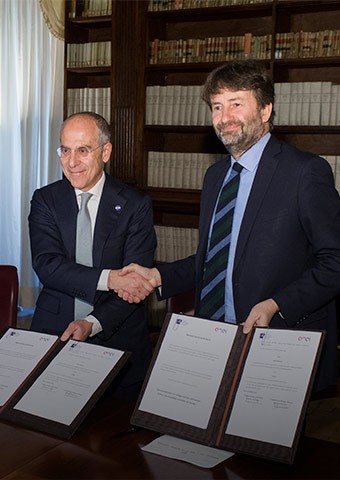