National economic growth could be given new impetus through final consumption electrification and the development of the electricity sector value chain. Electricity is the energy carrier of the future – an enabling factor in economic development, sustainability and resilience, as well as a fundamental contributor to reducing CO2 emissions and the overall impact of human activities on the environment.

That is the scenario outlined in the “Electrify 2030 – Electrification, industrial value chains and opportunities for a sustainable future in Europe and Italy” report presented at the now traditional The European House – Ambrosetti Forum, an annual international meeting that brings together heads of State and government, ministers, political exponents and business representatives in order to reflect on the economic world. It took place between September 7 and 9 at the Villa d’Este in Cernobbio on the shores of Lake Como.

The product of a collaboration between The European House – Ambrosetti and Enel X with  the Enel Foundation as scientific partner, the report bears out the International Energy Agency’s (IEA) opinion that electricity has a pivotal role to play in economic and social growth, and this has led it to declare 2018 “the Year of Electricity.”

Electrification and renewables – the drivers of the nation

On September 7, Enel’s CEO and General Manager Francesco Starace and Enel X CEO Francesco Venturini offered an overview of the results of the study.

“Italy has two main advantages. The first is that its mix of renewables is better than in many other countries both in Europe and elsewhere. The second is the fact that there are lots of SMEs working in the key areas in which the battle for electrification is being fought. The mechatronics sector, which brings together mechanics and electronics, is a good example”

The executive director of the International Energy Agency (IEA) Fatih Birol also took part in the discussion and declared himself especially satisfied with the trend in electric energy production: “In global terms, the electricity industry is flourishing. Over the last five years, the electric energy consumption growth rate has doubled compared to that of total energy consumption. Last year, half of the new power stations in the world were based on renewable sources like solar and wind power.” In that context, according to Birol, Europe has an important role to play: “I believe,” he explained, “that Northern Europe has huge potential when it comes to offshore wind power, while Mediterranean Europe is similarly placed in terms of solar energy.”

Nonetheless, while the positive impact of renewables and electrification is very clearly perceived, their considerable economic benefits tend not to be quite so well known. The “Electrify 2030” report also does its bit to highlight the economic potential of the sector, as well as its potential in terms of sustainable development.

The study found that “the transport sector has the highest potential for electrification.”

Currently, considering the broad range of industrial sectors e-mobility covers – research and development, manufacturing, vehicle sales networks, IT platforms for charging network management, after-sales services, recycling and ‘second lives’ for components and charging infrastructure – it could potentially involve up to 160,000 Italian businesses with over 820,000 jobs and overall revenues in excess of €420 billion.

Using this as a starting point, a series of simulations were also carried out that highlighted how “Italy could activate a cumulative turnover of between €102.4 and €456.6 billion as of 2030” for the entire sector connected to e-mobility: manufacturing, charging infrastructure, services, recycling and second life.

The numbers highlighted by the e-mobility study are definitely impressive but they also reveal that there is a significant margin for improvement. Our CEO Francesco Starace noted that there are currently 15,000 electric vehicles on Italy’s roads, which is less than 0.04% of the entire fleet of 37 million vehicles.

IEA director Fatih Birol, on the other hand, was keen to stress that two of the four million e-cars currently on the world’s roads are actually in China, highlighting how far Europe is lagging behind. Francesco Venturini, who heads Enel X, the Group’s innovative digital solutions-dedicated division which is also involved in setting up a widespread charging network in Italy, is convinced that car manufacturers have a key role to play: “At the moment there is a limited choice of e-vehicles and they are all relatively expensive, making them something of a niche product.” That said, Venturini still feels we will be seeing a turnaround in that trend over the next two years.

“There is more and more talk of the need to decarbonise transport. However, infrastructure is required to do that and that is what Enel X is investing in. The charging infrastructure will be expanded and prices of batteries should fall in 2020. At that point, electric vehicles will be accessible for Italian families and become a mass product”

There is no doubt that e-mobility is the sector with the ability to drive the electrification revolution but, as the “Electrify 2030” report shows, it is not the only one.

“Buildings and the industrial sector are two other areas with enormous potential. By buildings, we mean activities like heating, lighting, cooling and cooking. This isn’t just in houses but also offices, shopping centres and even hospitals,” explains Enel CEO Francesco Starace. From that point of view, Starace says, Italy is at an advantage in industrial terms when it comes to fostering electrification, thanks to the fabric of SMEs working in key industrial areas.

A model was developed to identify the most promising electrification technologies and it pinpointed over 60 capable of generating a significant economic impact. According to the analysis, six should be focused on in the “Buildings and Industry” segments: heat pumps, LED lights, electrochemical storage systems, electric motors, power electronics, and energy management systems. In our country, the overall industrial sector could involve around 17,000 businesses with over 320,000 employees and revenues of approximately €80 billion.

“The gradual penetration of the electric carrier will not only allow us to decarbonise those sectors of the economy that have been the highest polluters, but also best utilise the resources at our disposal”

The study also indicated that the potential financial impact of the adoption of “electrification technologies” could generate additional revenues of between €135 and €365 billion by 2030. For Lorenzo Tavazzi, head of TEHA’s Scenarios and Intelligence Department, the study “gives an idea of the opportunities for Italy and the benefits in terms of sustainability, resilience and innovation.”

To illustrate the sectors involved in detail, the report also includes a glossary specifying all the technologies that make the electrification of consumption possible.

Much work still needs to be done to turn the potential outlined in the “Electrify 2030” report into tangible development. And the support of legislators, through an energy strategy and clear regulation, is essential to make the most of this opportunity. However, all the speakers agreed that we are currently living in exciting times for the electric energy industry. 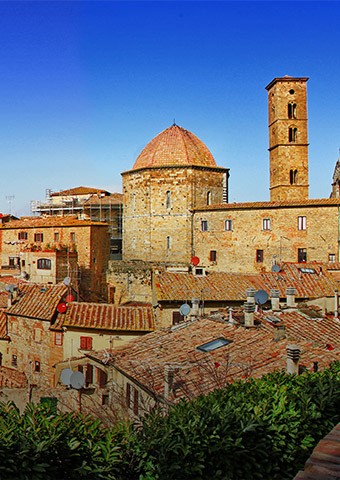 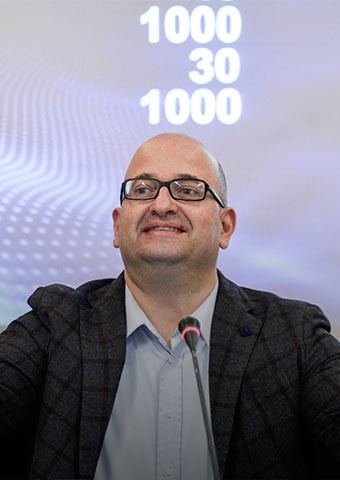 The challenge of innovation for big corporations: Enel, a case study 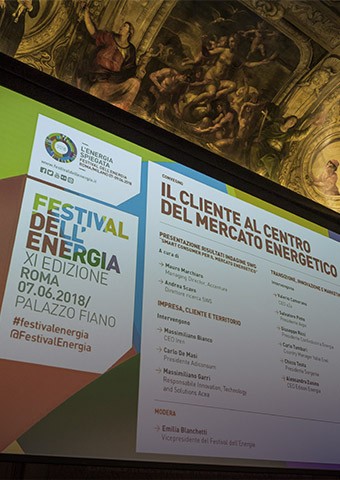 The model of “light” energy