“The routes of sustainability” at the CSR and Social Innovation Fair

Sustainability today is a route that leads in 6 directions. These were explored at the sixth annual CSR and Social Innovation Fair held at the Bocconi University in Milan on 2 and 3 October; once again Enel was an institutional partner of the event.

Under the guiding theme for 2018, “The routes of sustainability”, Enel offered contributions on the circular economy, innovation&change, diversity&inclusion, smart community&city, responsible finance and sustainable supply chains.

The Fair, the most important sustainability event of its kind in Italy, brought together 188 organisations in a programme of 87 appointments. New features this year included the creation of a CSR wood in collaboration with Rete Clima, an initiative that will see a tree will be planted in October in Milan’s Parco Nord for every event organised at the Fair. This is a very tangible way of representing the concept of social responsibility, while also reducing the emissions produced by the Fair.

At the seminar “The circular economy: current commitments and future scenarios”, Luca Meini, Head of Circular Economy and Environmental Strategies at Enel, explained how Enel has revolutionised its business model to tackle the new challenges relating to the environment and the market. The 2018/2020 Enel Industrial Plan is actually based on five circular drivers: development and integration of renewable energies, smart grids, digitalisation, e-mobility, decarbonisation and customer focus.

Enel has begun to measure the circularity of both its internal processes and its relationships with suppliers, in order to have a complete assessment of its impact.  Among the other projects highlighted was the agreement between Enel and Intesa Sanpaolo to promote supply chain projects for small and medium-sized businesses and to provide technological and financial instruments to support the development of innovative and sustainable businesses like Aton Storage. Together with Enel X, this startup has recently begun marketing batteries for photovoltaic systems to residential clients.

The Enel Group, which the World Economic Forum included in the top six most active global multinationals in terms of the circular economy, is also a promoter of the Alliance for the Circular Economy, which assists Italian businesses in integrating innovation and sustainability into their business models, exchanging and sharing best practices and involving their own supply chains.

“Enel’s business model incorporates the strategic cornerstones of the circular economy: the use of materials and energy sources that are renewable, recyclable or biodegradable over consecutive life cycles, as well as extending product life and using platforms for working together”

During the seminar, Stefano Arduini, editor-in-chief of Vita magazine, pointed out that Italy is at the forefront of circularity in Europe today and possesses all the necessary requirements to guide the process of economic transition away from the old model of linear development. According to the latest Eurostat data, Italy follows Great Britain among the large European countries for efficiency in material consumption, using just 256.3 tonnes for each million euro produced. Over the past decade, from 2008 to today, the rate of consumption has actually halved. Italy stands in second place (after Germany) for industrial recycling, with 48.5 million tonnes of non-toxic waste sent for recovery, with a primary energy saving of over 17 million tonnes of oil per year and approx. 60 million tonnes of CO2 (data from the Italian Institute of Environmental Research). For each kilogram of resources consumed, Italy generates 4 euro of GDP, in terms of PPS (Purchasing Power Standard), compared to an average of 2.24. The latest study by Symbola, in collaboration with Unioncamere, confirms that investing in the circular economy is profitable for the environment and for business: 41% of the businesses involved in eco-innovation have reported a growth in employment compared to 31% of the rest, while they also signalled an increase in exports in 49% of the cases (compared to 33% of the others).

How to guide innovation

Despite the excellent performance of circularity thus far, there is still much room for improvement. The business world is leading the way ahead, however, and offers some virtuous examples of governance.

The steps taken in this direction by Enel were presented at the seminar “Sustainability and change: governance, processes and people”. Giulia Genuardi, Head of Sustainability Planning & Performance Management at Enel, distinguished three levels of change: in the business model, in the function of sustainability and in the relationship between sustainability and other areas of development. The World Economic Forum has identified that the two greatest risks concern the environment and cybersecurity and, on this front, Enel strategies are directed towards sustainability. This has required a change of direction, shifting the emphasis to investment in renewable energies (which represent about a third of the total in the 2018/2020 Strategic Plan) and focussing on the goal of decarbonisation.

“A sustainable business model is indispensable to support the social and environmental changes that global trends demand. The starting point is not the product but the strategy, and a long term vision, which is also necessary to achieve the UN 2030 Agenda Sustainable Development Goals”

Diversity, a driver of change

The perception of sustainability has changed dramatically and it is now the essential reference point for business models and lifestyles. Every country, business or citizen pursuing sustainable goals inevitably develops a different point of view, given the intrinsic cultural differences of each. In this sense, the organisers of the CSR and Social Innovation Fair believe that it is no longer possible to talk of sustainability as an ideal project that is identical for all, but rather as a common path expressed in multiple routes. The participants at the seminar “When diversity is a value,” including Marisa Strangis, Head of People Care & Diversity Management at Enel, agreed. With almost 70,000 employees in over 30 countries, 20% of Enel staff are women (of which 19% are managers). Each day Enel underlines it ongoing commitment to tackling the challenges of diversity and inclusion.

An essential point of reference for the Group is the Diversity & Inclusion policy adopted in 2015, in line with the United Nations Sustainable Development Goals (SDGs). The policy contains tailored initiatives to promote diversity, by encouraging the development of an inclusive culture where all are called upon to express their individual potential. This is a vision based on the concept of Open Power that not only stimulates individual productivity but also frees up innovative potential that is also useful for the continual evolution of the business. For example, services that support parenthood have been made available, as have programmes encouraging girls to study STEM subjects at university. Projects have been established for disabled colleagues and to improve employees’ work-life balance through approaches like smart-working. Digitalisation, therefore, ends up playing an increasingly strategic role in corporate projects: by widening the scope of communication campaigns, overcoming spatial barriers and encouraging social interaction in a process of continual exchange between environments that appear to be very different.

“Enel’s projects promote the value of diversity as a shared resource for innovation and cover every age range, thereby supporting the generational mix. Over time, this will contribute to making sure that we will no longer have to speak of diversity. Everyone will have learnt to see before them simply the person, with all the wealth of their uniqueness”

The CSR and Social Innovation Fair 2018 has found the metaphor of travel to be particularly appropriate for describing today’s situation. The linear model of development of old is at a dead end. Following the routes of sustainability, social responsibility and the circular economy, we now have the option of exploring those territories in which Enel is blazing a trail ahead. 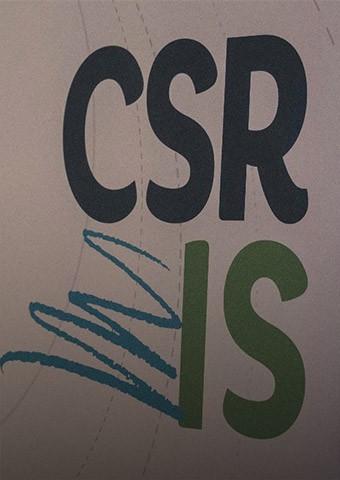 The Giro d’Italia of Sustainability 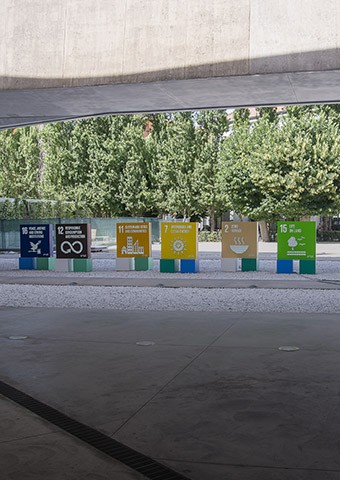 There can be no sustainability without the right culture 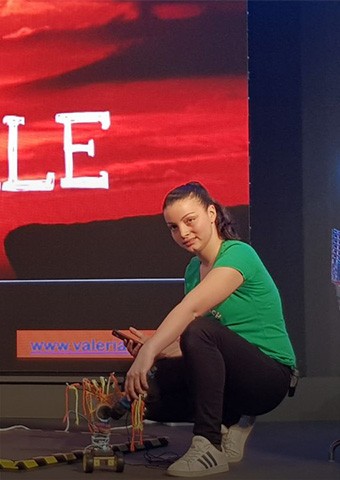 Girls in ICT, heading for the innovation professions