Christmas in Assisi, a story of light and humanity

Tradition and innovation have come together in Assisi for a very special Christmas that will rekindle the Franciscan spirit with new light.

This year “Il Natale di Francesco” (The Christmas of Francis) is transforming the Umbrian birthplace of the Saint into the backdrop for Giotto’s frescoes, which are being projected onto the façade of the Basilica Superiore di San Francesco and the Cathedral of San Rufino. The project was made possible by the architectural and artistic illuminations created by Enel X, the Enel Group company dedicated to digital and innovative services. The illuminations will also light up the nativity scene made by local artisans. This year, the nativity scene also includes the figure of a nurse near the Saint Francis monument as a homage to healthcare workers on the frontline in the Covid crisis.

The initiative, which was launched and live-streamed on December 3rd, has turned Assisi into a huge open-air nativity scene, thanks to “sister technology,” as Father Enzo Fortunato, head of the Press Office at Assisi’s Sacro Convento, dubbed it.

Assisi, a beacon of spirituality and solidarity

After being devastated by a disastrous earthquake in 1997, Assisi underwent a long period of extensive reconstruction and has now been returned to its original splendor. Throughout it all, however, the town never wavered in its role as a beacon of spirituality and solidarity.  In October, Pope Francis chose Assisi to sign his latest encyclical, Fratelli Tutti (“We Are All Brothers and Sisters”), that he wrote to give new faith and hope to the human race which has suffered so greatly as a result of the pandemic.  In February, the city hosted the launch of the Manifesto for A Human-sized Economy against the Climate Crisis, promoted by, among others, Mauro Gambetti, Custodian of the Sacro Convento and now a Bishop, our own CEO and General Manager Francesco Starace, the president of the Fondazione Symbola Ermete Realacci, Coldiretti number one Ettore Prandini and Novamont CEO Catia Bastioli.

It was at that time, in fact, that Father Enzo explained the idea of the event, “a dream that the Franciscan community has nurtured for a very long time.” “When we met for the launch of the Assisi Manifesto, I was absolutely fascinated by the idea and curious too,” explained Starace during the online press conference. “The fact that we are in this situation with the pandemic makes the project even more special and important. I believe that this year there will be greater reflection on the true meaning of Christmas.”

A mix of Augmented Reality and light design

“Christmas in this unusual and complex year is an opportunity to promote a more inclusive and sustainable development model: the Sacro Convento di Assisi initiative provides an important moment for reflection and is a sign of hope not just for the future but also for the present which needs attention, listening, faith and innovative ideas.”

Images of one of the great symbols of Christmas, Giotto’s Birth of Jesus frescoes, are being projected on to the façade of the Basilica Superiore, as a reminder of the deep connection between Saint Francis of Assisi, patron saint of Italy, and the nativity scene which he invented over 800 years ago. Exceptionally detailed images of the frescoes are being projected and they are also being reproduced in 3D, thanks to about a hundred statues that recreate the great innovator of Italian painting’s vision in physical form. The projection of the Annunciation fresco, on the other hand, will grace the façade and bell tower of the Cathedral of San Rufino.

In the evening, the theatrical and monumental illumination of many of the city’s most symbolic sites will be visible from the valley: aside from the Basilica di San Francesco and San Rufino, the Santa Chiara church complex, the Rocca Maggiore and the Rocca Minore, Monte Frumentario, and the Torre Civica in the Piazza del Comune.

An itinerary of luminous stars inspired by the famous frescoed stars on the vaults of the Basilica Inferiore, will be projected onto the sidewalks of the streets linking San Francesco with San Rufino, including the Piazza del Comune.

This light design project was created by architect Mario Cucinella, who explains: “Initially, it seemed like an almost impossible mission but then we did it, thanks to light, an immaterial element that can really express emotions. And in this case, it can help us experience huge emotions in an urban space with the nativity scene there as a moment of sharing and community.”

“These are the things that keep us together: solidarity and tradition. And the nativity scene is part of that,” commented Fondazione Symbola president Realacci.

Virtual participation this year, thanks to technology

Initially designed as a physical event that would draw people together from all over the world, this year’s project, which runs until January 10th, will be all about virtual participation, thanks to a web app on the nataledifrancesco.it portal.

“People are like stained-glass windows. They sparkle and shine when the sun is out, but when the darkness sets in, their true beauty is revealed only if there is a light from within,” concluded Father Fortunato quoting psychiatrist Elisabeth Kübler-Ross. And what we need today is the light of hope. 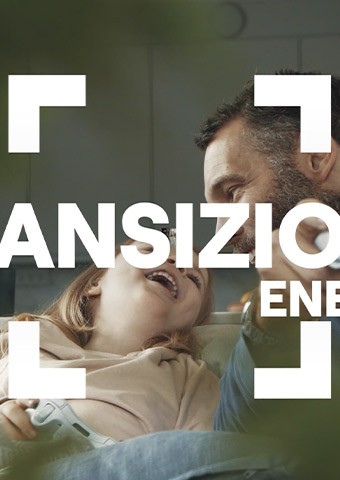 #Enel60, energy for the people 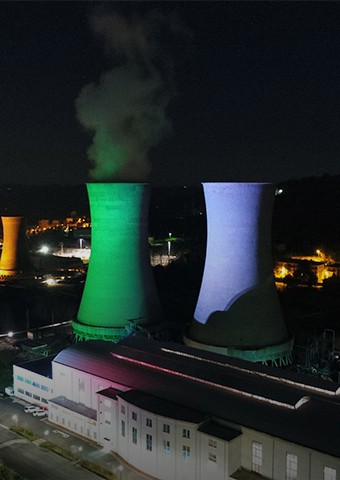 The tricolour energy that unites Italy