“Love clouds, machines and books, but people above all.” The beautiful verses of the great Turkish poet Nazim Hikmet were chosen to underline the centrality of the human aspect in the introduction of the new report on Italian excellences. We prepared the report together with Fondazione Symbola, in collaboration with Farmindustria and under the patronage of the Italian Ministry of Foreign Affairs and International Cooperation.

This year’s report was dedicated to the field of life sciences. It presents a selection of 100 success stories after examining over 300 cases from every region in Italy, proving our country’s enormous potential in the biomedical and health fields. The report “highlights our country’s genuine excellence and the wealth of competence, innovation and technology that is recognized and appreciated around the world,” underscored our CEO Francesco Starace during the online presentation that took place on May 10.

The emphasis is on life

After having thoroughly studied topics related to innovation and sustainability (such as electric mobility, renewable sources, circular economy and robotics) in previous editions of the report, this year it was the turn of a field that is at the very core of human life. The title “100 Italian Life Science Stories” refers to life sciences as a broader concept than medical sciences: it pays attention to the human being in its entirety, including aspects that aren’t strictly related to health like quality of life, emphasizing even in the report’s title the supreme value that is life.

The pandemic that profoundly altered our habits and the global economic system also brought to the forefront an economic and industrial sector that’s focused on human life, bringing out our country’s prominent position in this field worldwide.

As highlighted in the report, Italy is among the top countries in Europe in terms of pharmaceutical production, along with Germany and ahead of France, the United Kingdom and Spain. In the past ten years, our exports in the field registered an increase of 168%: one of the highest recorded in the European Union. And we are also the first country in the world in scientific research output in terms of publications per researcher. As for the COVID topic specifically, Italians rank fourth in the world for the number of scientific publications. On a regional level, Tuscany is recognized as an international leader in the field of vaccines, thanks to a pioneering history that started in the early twentieth century. And the list could go on and on.

Overall, Italy’s supply chain provides jobs to 1.8 million people. In 2018, it generated a value of 225 billion euros, which, when we also factor in the related industries, accounts for 10% of the country’s GDP.

Open Innovation made in Italy

The Italian system is characterized by the extraordinary wealth of its own configuration. “The report explores Italian excellence and confirms the value of the Open Innovation approach: an osmosis between companies and sectors to share innovations that are centered on human beings and the quality of life on Earth,” Starace stated as he emphasized the importance of the centrality of humans as the distinctive feature that sets our country apart.

The remarks of Ermete Realacci, President of Fondazione Symbola, also resonated along the same lines. He spoke about the ability of Italy’s production system to promote dialogue across the board between the various fields of knowledge, as well as its capacity to network and establish relations with local communities: a lever for excellence that Italy can be proud of. “Italy also plays a leading role in the supply chain of life sciences, as we explain in this report with 100 experiences that attest to the quality of Italy’s institutions, companies and research, all of which are increasingly being used to strengthen local medicine.”

The Open Innovation approach was also cited by Massimo Scaccabarozzi, President of Farmindustria, in the very timely example of vaccine production that saw the collaboration of several different companies, some of which were even competitors.

“Nobody should be left behind,” reiterated Maria Chiara Carrozza, President of the National Research Council, during the presentation of the study. She also focused on another fundamental aspect: Italy ranks among the top countries in the world in the field of biomedical research and in the biotechnology industry because of the investments that have been made so far. Therefore, in order to consolidate this position in the future, it is crucial to keep investing.

Five exemplary stories were presented during the event: stories of companies, institutions, foundations and nonprofit organizations that distinguish themselves in their respective fields and roles on the national and international level.

Gruppo Chiesi (The Chiesi Group), specialized in respiratory diseases, is the first Italian pharmaceutical company in terms of investments in research, which is considered the only road towards sustainable development. By applying the Open Innovation model, it has recently been aiming to extend its leadership role to the field of digitalization.

Tecnopolo Mirandola (Mirandola Technopolis), in Emilia, brings together 98 companies and eight multinationals: it is the most important biomedical district in Europe and the third in the world after the hubs in Minneapolis and Los Angeles. It produces single-use devices and advanced electronic instruments, combining its local roots with its vocation for innovation. It stood out during the pandemic for its production of helmets and other breathing devices for intensive care.

Fondazione Toscana Life Sciences (The Tuscany Life Sciences Foundation) is a nonprofit organization bringing together the public and private sectors, and therefore represents another category of key players, along with large companies, startups and research centers. It is concentrating its work on cures involving monoclonal antibodies: this research is fundamental in curing COVID and could play a vital role in dealing with serious diseases in the future.

The Human Technopole in Milan, which was created to revitalize the area where the Milan Expo 2015 took place, is one of the country’s greatest science projects. With its state-of-the-art labs and an international work environment, it stands out as a magnet for international talent in Italy: 70% of its researchers come from abroad.

Masmec, a components-manufacturing company from Bari, is a prime example of transfer of know-how: devices designed for the automotive industry were applied to the biomedical sector and, during the pandemic, some of the machinery was adapted to execute operations like processing molecular swabs or extracting DNA and RNA.

These particularly emblematic stories are just five among the hundred cases presented in the report. They confirm the exceptionality of Italy’s economy, research, and innovation in the field of life science, driven by its extraordinary attention to humans and life. 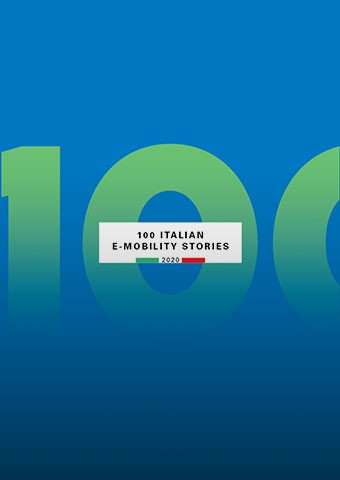 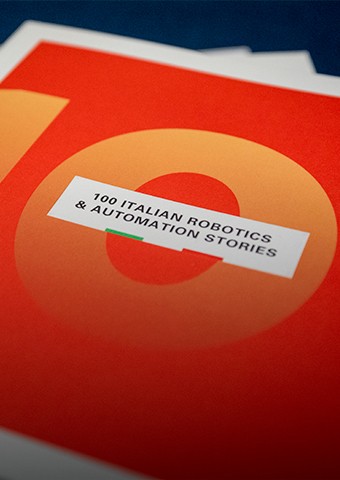