Back in the saddle. After British rider Chris Froome’s victory in the 101st Giro d’Italia, it is the turn of the emerging new talents to take centre stage. Young Italian cyclists with ambitions of turning professional and competing for the next Pink Jersey are ready to hit the roads of the Bel Paese for the 41st Giro d’Italia Giovani Under 23 Enel. We will be leading from the front as title sponsor of the event celebrating Italian cycling’s fresh new talents between 7 and 16 June.

An international event for promising cyclists since 1970, the youth competition was suspended between 2013 and 2016 but since last year we have been helping with its reorganisation through a new partnership. For Nicola Lanzetta, Head of Italy Market at Enel, the Giro d’Italia Under 23 is an opportunity to showcase our Group’s deep connection with the Italian territory. In fact, we have organised environmental and innovation-themed events and exhibitions along the entire route.

A celebration of Italian history and Italian excellence

The event does not merely involve sports enthusiasts but also aims to be a voyage of discovery around Italy. The Ministry for Sport, CONI (the Italian National Olympic Committee) and FCI (Italian Cycling Federation) are all involved in its organisation together with the regional and local administrations and a wide-ranging group of partners.

But that is not all: Renato Di Rocco, President of FCI, considers it a powerful vehicle for promoting and showcasing the nation of Italy. Tasting areas for local foods and wines will be set up in the start villages, which are also staging activities to encourage young people and families to take up the sport. The spectacular routes will also offer experiences of notable cultural value. When the race passes through Ossario del Pasubio, for instance, it will provide an opportunity to commemorate the centenary of the end of the First World War (1918). The Prosecco hills, where the Giro Under 23 finishes, on the other hand, are in the running for acknowledgement as a UNESCO World Heritage Site.

Bikes: the symbol of sustainable mobility

Thanks in part to the growing popularity of electric bikes, cycling has also become one of the international symbols of sustainable mobility. Aside from launching a National Plan in November 2017 to install e-vehicle charging infrastructure in Italy and to contribute to the development of e-car-related innovative technologies, Enel is working to promote the use of e-bikes. This year, in fact, we launched the first Giro E to coincide with the Italian stages of the Giro d’Italia: this is the first e-bike-only race, but we ultimately aim to turn what is currently an experimental competition into an official race for the amateur category.

Nowadays,  pedal-assisted bikes are an increasingly popular means of getting around in our country and are also beginning to edge towards competition.

Courage, passion, leadership and team spirit are the values encapsulated by the Pink Jersey. The exact values our company intends to promote to young people.

Through the Giro Under 23 Enel, aside from the successors to Moser, Battaglin and Pantani, who won the competition in their youth before enjoying success as professionals, we want to get a new generation of champions of sustainability across the finish line. 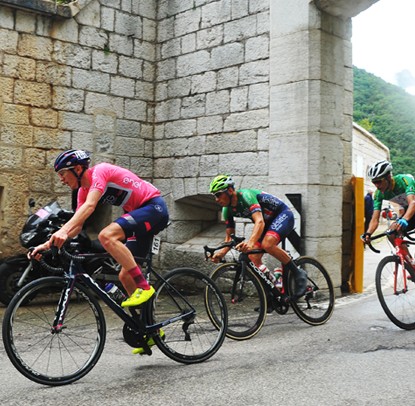 Giro Under 23: a victory for self-belief 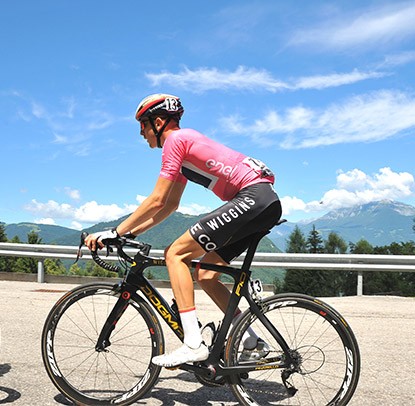 Giro Under 23: the final surprise

Find out more on Enel and Giro d'italia